Palestinians protest US peace plan…even BEFORE plan is released 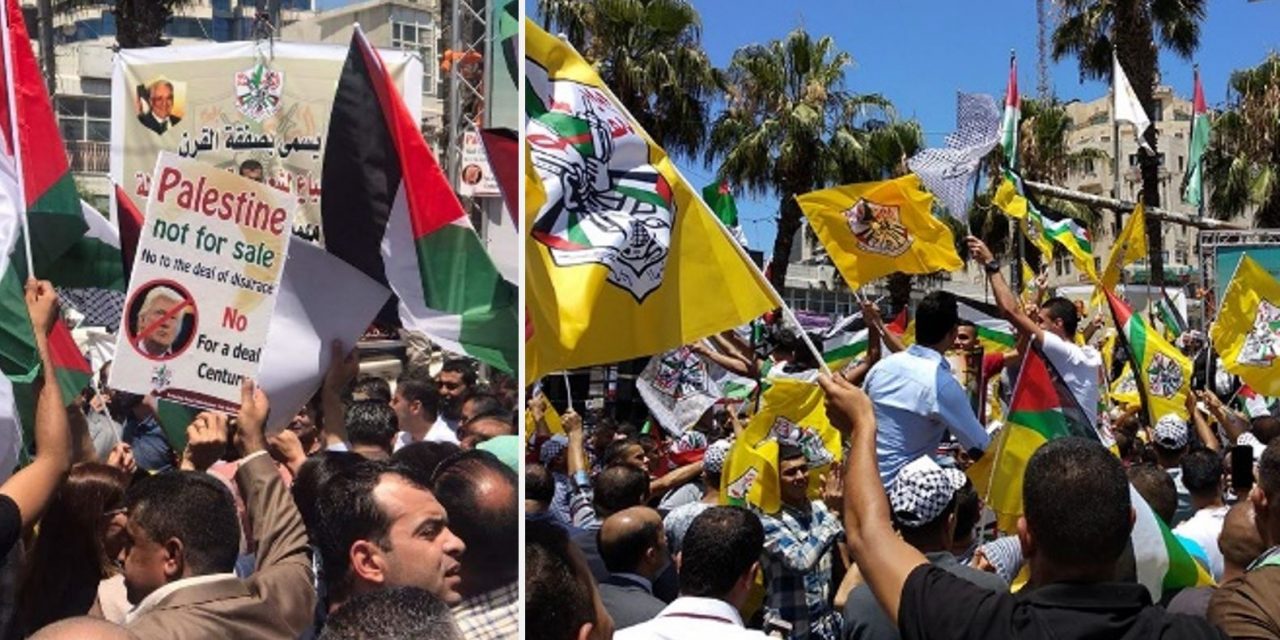 The Palestinian Authority has authorised activists in the so-called West Bank to organise protests of the yet to be released Middle East peace plan being formulated by the United States government.

The decision to launch the protests came following the recent visit to the region by US envoys Jared Kushner and Jason Greenblatt. The Palestinians believe the two emissaries, who did not meet with any representative of the Palestinian Authority during their visit, came to the region to lay the final touches on the Trump plan before presenting it to Israel and the Arab countries.

The protest in Ramallah will be followed by similar demonstrations in other Palestinian communities in the coming days and weeks.

Last week, Palestinian activists launched an online campaign with the sole goal of “thwarting” Trump’s plan. The campaign is being waged under the title, “The National Campaign to Down the Deal of the Century.”

Trump has referred to his upcoming plan as the “deal of the century,” while PA President Mahmoud Abbas and other Palestinians have denounced it as the “slap of the century.”

The new campaign is seen as the PA leadership’s response to the Hamas-sponsored “March of Return” demonstrations along the border between the Gaza Strip and Israel. The PA leadership is hoping to show that it too is capable of sending Palestinians to the streets to stage protests.

“We believe that the countdown for publicly announcing the Trump plan has begun,” a senior PA official in Ramallah told The Jerusalem Post. “This is why we have decided to act quickly in order to thwart this evil plan, which is aimed at liquidating our national rights and the entire Palestinian cause.”

The first protest took place in Ramallah on Monday.

#Palestinian protesters use slings to hurl rocks and bottles at #Israeli forces during clashes near Beit El on the outskirts of the West Bank city of #Ramallah.
The protest is in solidarity with protests scheduled to happen in the #Gaza Strip. Photo Matthew Hatcher / SOPA Images pic.twitter.com/kGMoJ2RROv

Photos from the protest taking place in Ramallah against the so called "Deal of the Century". pic.twitter.com/hq38bDCrMn

A group called The National and Islamic Forces on Saturday called on Palestinians to gather in the center of the city to voice their opposition to the Trump plan. The group also urged Palestinians to use the protest to express their support for the PA leadership.