Netanyahu: Israel’s security is not in Biden’s hands, Israel will act alone on Iran if needed 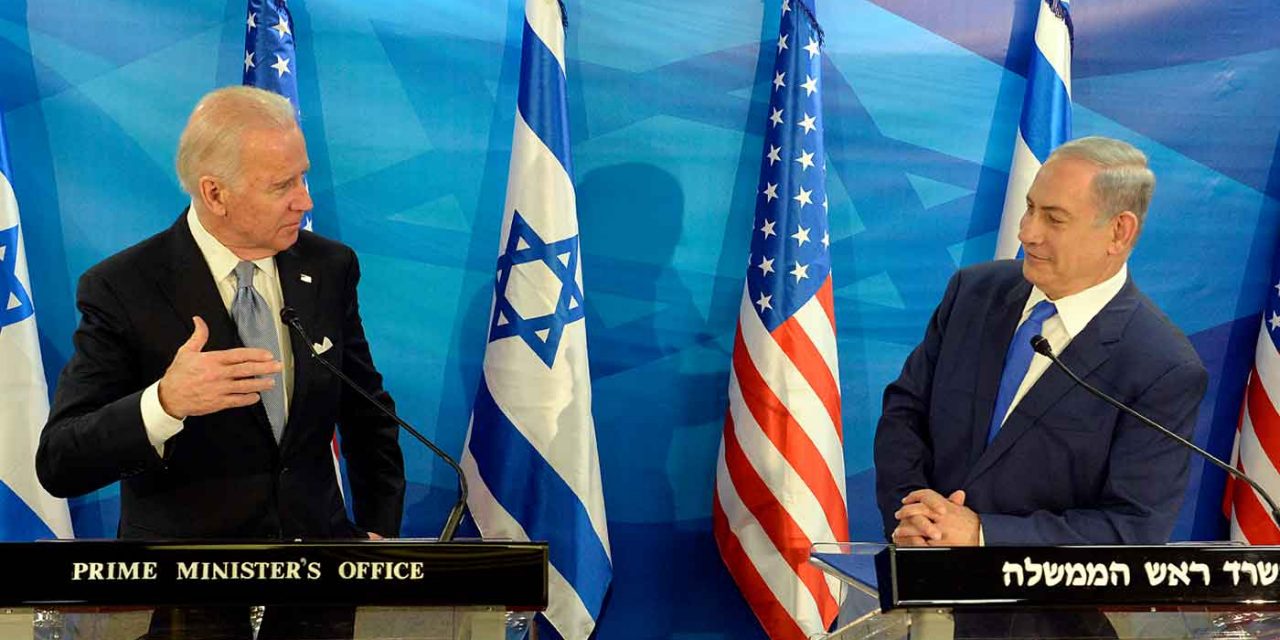 Prime Minister Benjamin Netanyahu on Thursday said he has told US President Joe Biden that he will do whatever it takes to prevent a nuclear-armed Iran, regardless of whether Washington reenters the nuclear deal with the Islamic Republic.

Speaking on Thursday in an interview with Channel 13, Netanyahu explained his conversation with US President Joe Biden regarding Iran.

“There is a regime whose flagship goal is to destroy us. I will do everything I can, everything in my power, to prevent it from attaining nuclear weapons,” he said.

When pressed on whether that includes the use of military force, Netanyahu asserted, “Including whatever is necessary to prevent Iran from attaining nuclear weapons.”

The Prime Minister explained that Israel will always uphold the military option regardless of whether sanctions on Iran are in place from the US. “I’ll never put Israel’s security in anybody else’s hands,” he repeated.

Currently, the UK, France, Russia, China and Germany, along with the EU, are abiding by the terms of the Iran Deal (JCPOA). This is despite the fact that Iran has openly broken the rules of the JCPOA with little more than words of “concern” expressed by nations such as the UK, France and Germany.

The US left the Iran Deal under President Donald Trump, which we at CUFI believe was the right decision. President Biden has expressed that he wants to return the US to the Iran Deal, but only after Iran stops its illegal flouting of the terms of the agreement and returns to the deal in full.

Netanyahu rejected the premise that the existing deal would be better than no agreement at all.

“An agreement with a state like that? How many times do we need to learn from history. Agreements are made. But if you rely solely on agreements, that’s a mistake,” said Netanyahu.
Asked if he relies on Biden when it comes to the Iran nuclear deal, Netanyahu responded: “I rely on myself, on ourselves.”

“I don’t entrust the security of Israel to anybody else… Israel must be able and determined to defend itself, by itself,” he added, clarifying that he has a close relationship with Biden. “We are friends, close friends even. He eulogized my father; I spoke to him after the death of his son.”

Ultimately, we will be praying for Israel and the Jewish people regardless of how other countries treat her. There are very real threats against Israel and the only reliable sources Israel has is to rely upon themselves and God. We therefore will stand with Israel in prayer and support against any threat they face.