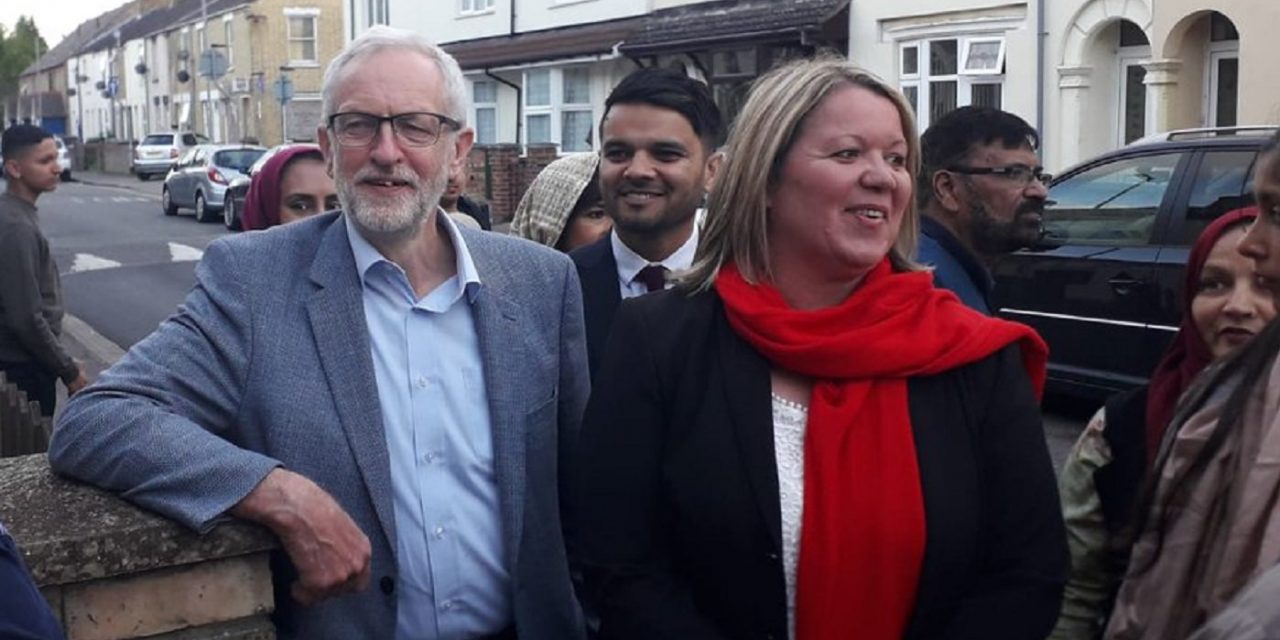 Labour’s Peterborough by-election candidate has been forced to apologise after it was revealed she liked anti-Semitic social media posts.

Lisa Forbes is standing in a hotly contested by-election on Thursday and has the backing of Jeremy Corbyn, who led a rally in her support on Saturday.

The Labour candidate liked a post that said Theresa May had a “Zionist slave masters agenda”. She also commented on another post that claimed ISIS was was created by the CIA and Mossad, by writing: “I have enjoyed reading this thread so much.”

EXCL: I discovered that Labour Peterborough candidate Lisa Forbes liked a post saying Theresa May has a “Zionist Slave Masters agenda”. She also commented on a post claiming ISIS was created “by the CIA and Mosad [sic], Forbes wrote "I have enjoyed reading this thread so much" pic.twitter.com/VMuUgUr4jJ

Forbes has apologised for her social media activity, which was uncovered by freelance reporter Iggy Ostanin, who shared his findings on Friday. But Jewish groups have questioned her suitability as an MP, should she win Thursday’s by-election.

In a joint statement, the Board of Deputies of British Jews, Jewish Leadership Council, and Community Security Trust, said her social media activity “brings into question her suitability for public office”.

“We are fed up hearing that Labour opposes antisemitism while repeatedly hearing excuses that its members accidentally missed the racism that was staring them in the face,” the statement read. “Unless Labour disowns Lisa Forbes as a candidate, it will only confirm the party’s shameful descent into the racist mess for which they are now being investigated by the Equality and Human Rights Commission.”

“Standing up against hatred towards one group of people must never be allowed to become hatred of another,” she said. “Regardless of whether I am elected, I will deepen my understanding of antisemitism, so I can act as an ally, challenging antisemitism wherever it occurs.”