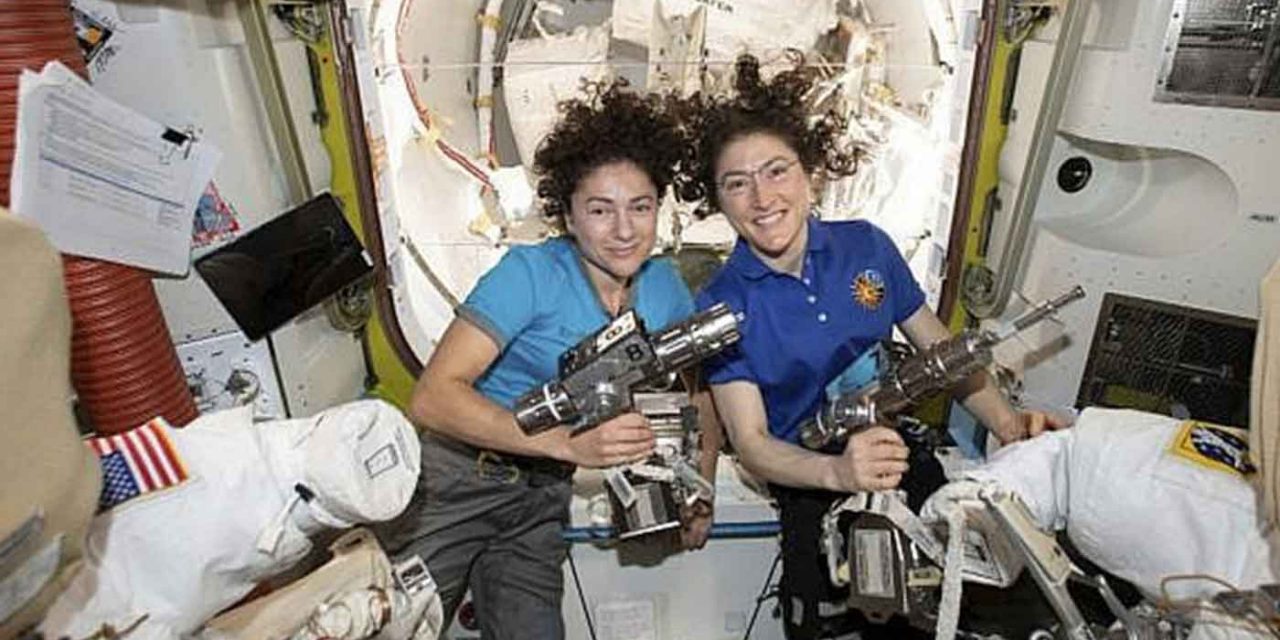 As NASA astronauts Christina Koch and Jessica Meir, whose father is Israeli, completed the job with wrenches, screwdrivers and power-grip tools, it marked the first time in a half-century of spacewalking that men weren’t part of the action. They insisted they were just doing their job after years of training.

US President Donald Trump put in a congratulatory call from the White House to mark “this historic event … truly historic.”

“What you do is incredible,” Trump told them as they wrapped up their spacewalk. “You are both very brave and brilliant women”.

During the call, President Trump accidentally said that these two women were the first to spacewalk, which is not the case.

“Thank you. First of all we don’t want to take too much credit because there have been many others female space-walkers before us. This is just the first time that there have been two women outside at the same time.

This is really interesting for us. We’ve talked a lot about it up here. For us, this is really just us doing our jobs. It’s something we’ve been training for for six years and preparing for. It didn’t really, you know, for us it’s just coming out here and doing our job today. We were the crew that was tasked with this assignment.

At the same time, we recognise that it is an historic achievement and we want to give credit to all those that came before us. There has been a long line of female scientists, explorers, engineers and astronauts, and we have followed in their footsteps to get us where we are today.

We also hope this provides inspiration for everybody. Not only women but everybody that has a dream and has a big dream and is willing to work hard to make that dream come true. Something that all of us who have made our way up here have done all throughout our lives. And I can tell you that my work certainly did pay off.

I’ve only been up here a few weeks actually, about three weeks I’ve been up in space and this is my first flight and my very first spacewalk and it is a pretty incredible feeling and one I will never forget.

I’m extremely fortunate to be sharing this moment with Christina Koch, both not only my colleague, but also a very, very close and dear friend. So it’s really our honour to be out here working today and to be representing whatever it is of significance to whatever an individuals desire and hearts. Thank you.”

America’s first female spacewalker from 35 years ago, Kathy Sullivan, was delighted. She said it’s good to finally have enough women in the astronaut corps and trained for spacewalking for this to happen.

“We’ve got qualified women running the control, running space centers, commanding the station, commanding spaceships and doing spacewalks,” Sullivan told The Associated Press earlier this week. “And golly, gee whiz, every now and then there’s more than one woman in the same place.”

The full video of the spacewalk can be viewed here: