Italian PM: Supporters of ‘stupid’ boycotts betray their own future 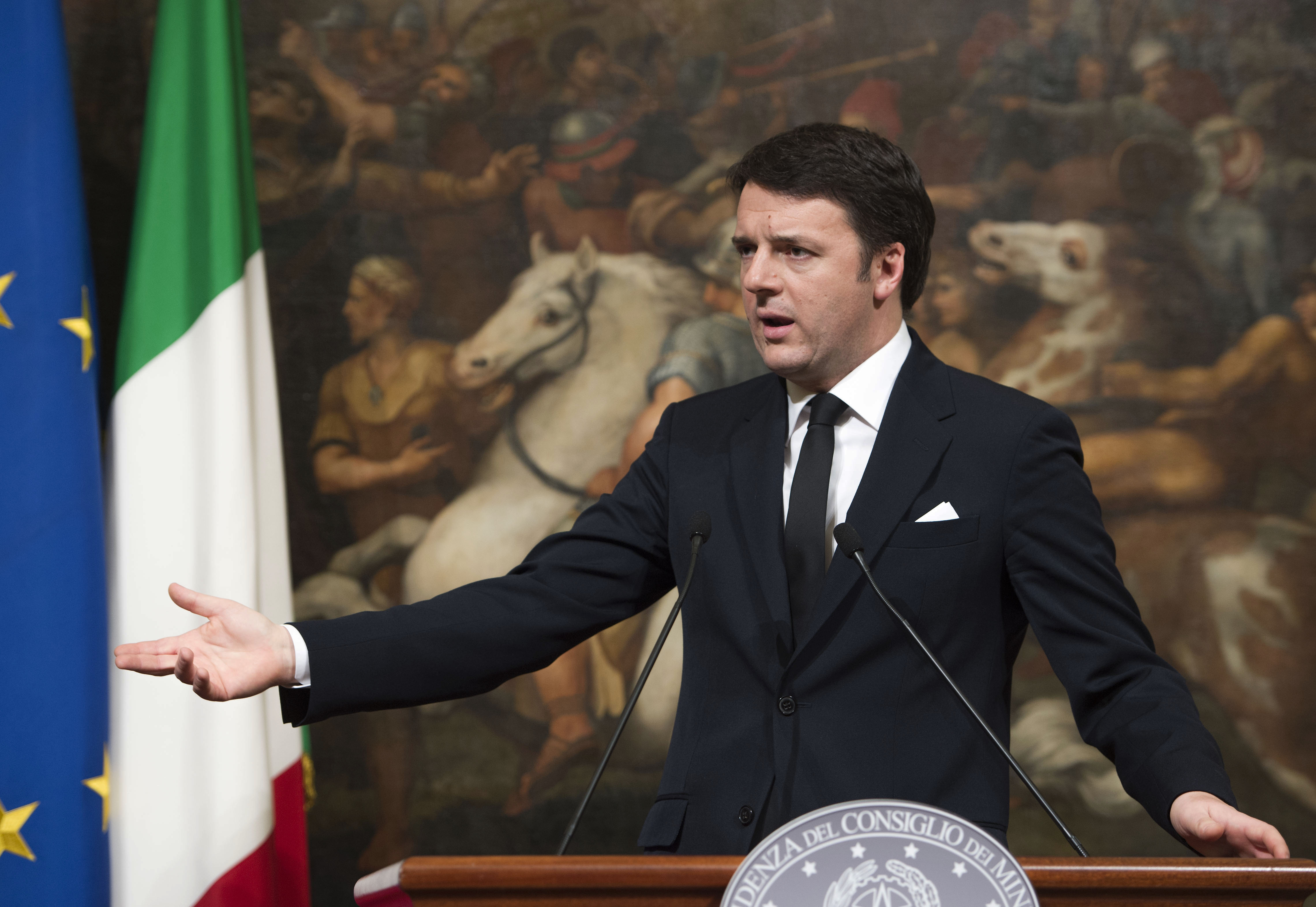 Italian Prime Minister Matteo Renzi hailed ties between his country and Israel and railed against “stupid” boycotts in a speech to the Knesset last week.

Renzi described his personal excitement at visiting Jerusalem, calling it a “secular pilgrimage.”

The Italian premier called for a two-state solution with security for both sides, and added that the Palestinians must recognize the Jewish people’s right to a state in its homeland.

That right, he said, “does not exist because of the world’s generosity after the Holocaust. Israel existed hundreds of years before. It exists despite the Holocaust and it will continue to exist with the support of its friends in Europe and the world.

“You do not only have the right to exist, you must exist and live for the future of your children and mine. You are a fulcrum of the world and we will stand with you,” he said.

Renzi said that Israel and Italy stood united in a global war against terrorism, barbarism and violent extremism.

“I have no doubt which side you are on. We will not stop fighting, together with you, on the right side, together with the US and the UN and Russia and Arab states like Egypt and Jordan, led by great statesmen who want to bring us to peace and stability,” he said.

Addressing the nuclear agreement concluded with Iran last week, Renzi said Italy thinks the deal “can be a compromise that will help decrease instability in the region.

“We can argue and may not agree about the compromise on the Iranian matter, but we will never compromise when it comes to the future of Israel. Your security is our security,” he vowed.

Renzi continued, “Whoever thinks to boycott Israel does not understand that he is harming himself and betraying his future. Italy will always stand for cooperation and never for boycotts, which are stupid and futile.”

The Italian prime minister closed his speech by saying that “peace for Jerusalem is peace for the whole world. Our fate is your fate. Together, we will build a more just world.”

Renzi – who at 40 is Italian’s youngest-ever prime minister – made references to the Italian-Jewish community throughout the remarks and pointed out two of its members in the audience. Those were a veteran fighter from the Jewish Brigade in World War II and another who was hidden during the Holocaust by nuns in Renzi’s hometown of Florence.

“Israel is unjustly accused. We are not perfect, but when we are referred to as the source of evil in the world, that is a blatant lie that brings up clear memories from the past,” he said. “The new anti-Semitism is a clear continuation from the blood libels and anti-Semitism of past generations. The Jews were always put on the least-just trial in history.”

Netanyahu said that Israel now has the power to fight back against those who want to hurt it and stand against lies and for truth, with countries like Italy at its side.

“Israel is a lighthouse of morality,” Netanyahu said. “Therefore, we expect Western countries to stand with us, united against our joint threats. Harm to Israel will also hurt Europe. We must join hands in the fight for the truth.”

The prime minister thanked Renzi for his work fighting anti-Semitism and boycotts of Israel.

“You are a true friend of Israel, for truth and peace and against boycotts. We have always seen Italy as an important and central ally in the Middle East,” he said.

Netanyahu also repeated his criticisms of the Iran deal and said that peace with the Palestinians can only be reached once security and recognition of Israel as a Jewish state can be guaranteed.