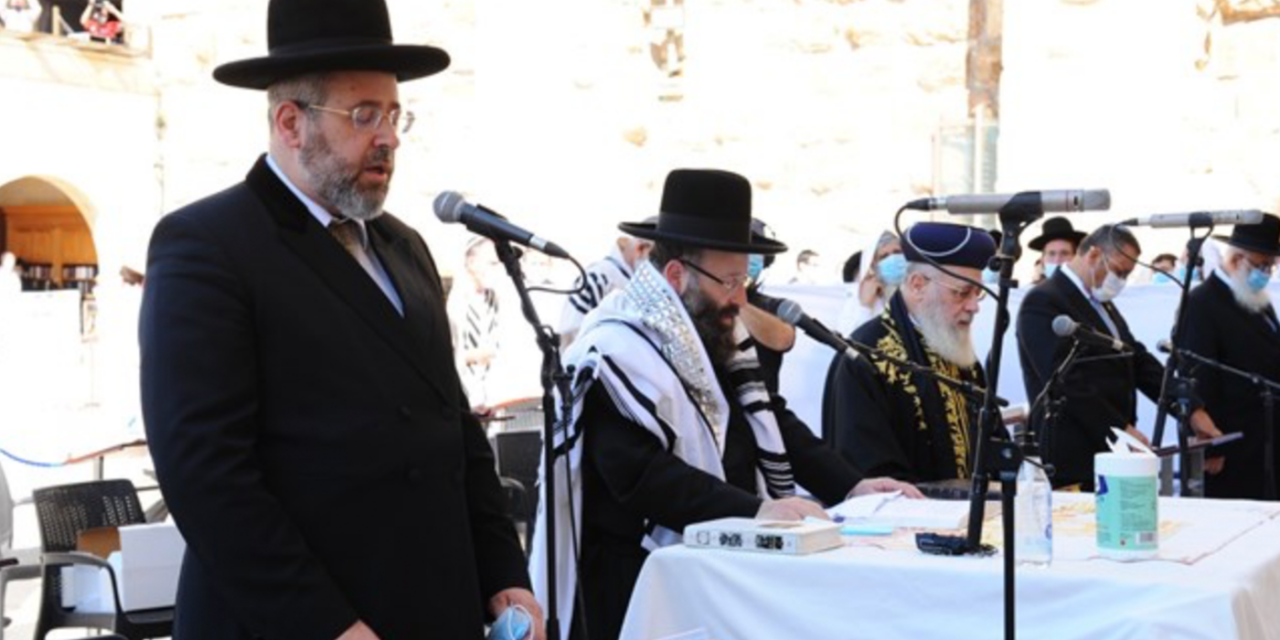 During a traditional Sukkot prayer gathering at the Western Wall on Monday, a special prayer was made for the recovery of US President Donald Trump, who has fallen ill with the coronavirus.

The prayer was made during the so-called Priestly Blessing service, which is held at the holy site in the Old City of Jerusalem on the third day of both the Sukkot and Passover festivals.

Due to the pandemic, this year’s service was greatly reduced in numbers from the tens of thousands who usually attend, although the two chief rabbis of Israel were in attendance, as were Jerusalem Mayor Moshe Lion and US Ambassador to Israel David Friedman.

As he led the proceedings, Western Wall Rabbi Shmuel Rabinovitch announced that a mi sheberach — an invocation of divine blessings — would be said for Trump, who last Friday tested positive for COVID-19 along with First Lady Melania Trump, and who is currently hospitalized for treatment.

Rabinovitch recited the prayer, asking that a “speedy recovery from heaven” be sent for “Donald John, son of Fred.”