Israeli security forces have arrested two Palestinians and thwarted a major attempt to smuggle firearms into Israel through Jordan.

“The guns were headed to weapons dealers in Judea and Samaria,” said the commander of the battalion, Lt. Col. Yossi Benson. “If they had succeeded in smuggling the weapons across the border, they would have used the same route multiple times.”

The intelligence around the smuggling operation was acquired after an undercover investigation was conducted by the Israel Police and the Shin Bet (Israel Security Agency).

An IDF light-infantry brigade, the Lions of the Jordan Valley Battalion, carried out the raid on the smugglers hideout and seized five M-16 assault rifles, 20 handguns, ammunition, laser and telescopic sights for rifles and various parts for automatic weapons manufacturing. 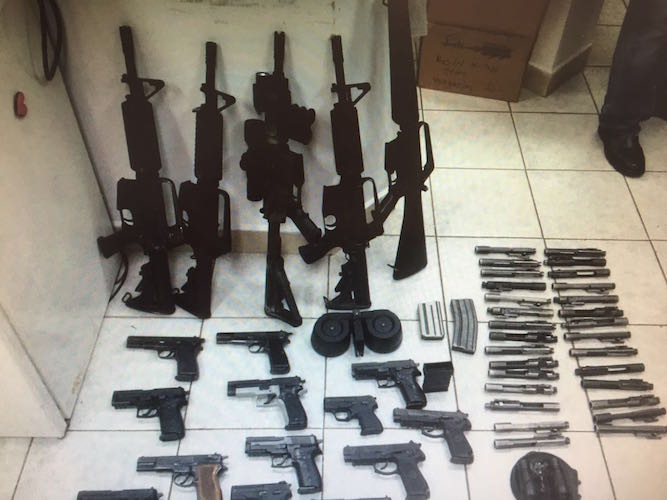 According to the police, the two Palestinian suspects, residents of Jericho, operated an arms smuggling route that ran from Jordan to Judea and Samaria through the Jordan Valley.  They worked as security guards at a plantation south of the Israeli city of Beit She’an and used the proximity of the plantations to the Israel-Jordan border fence to operate the smuggling route.

“Not only did the successful operation prevent a large quantity of weapons from reaching the hands of criminal and terrorists, it also permanently severed that smuggling route and prevented any future attempts,” stated a Northern District Police spokesperson.

This year so far the IDF has seized over 200 illegal weapons from smugglers in similar raids.