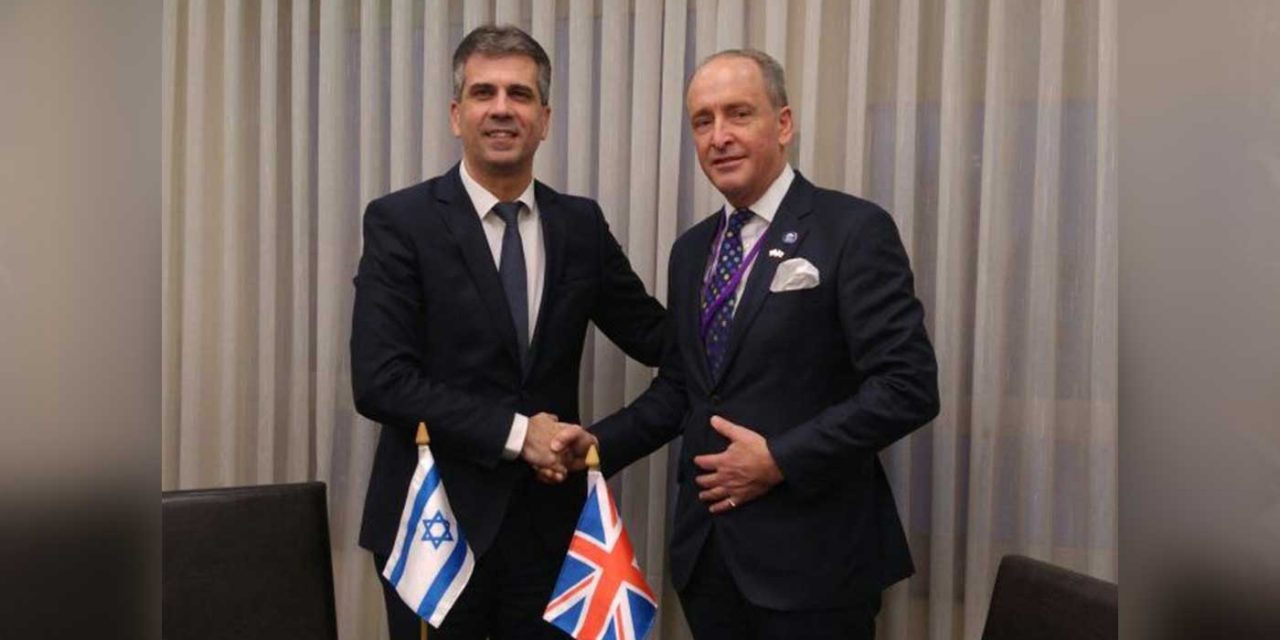 The Lord Mayor of London is in Israel this week and is looking to strengthen business ties between Israel and the British capital and has praised the Jewish state.

Charles Bowman, the Lord Mayor of London and business ambassador for the City of London, made his first official visit overseas for 2018 with Israel as his destination.

Speaking in Tel Aviv, Bowman said, “It is a great pleasure to be visiting Israel,” said Bowman, acknowledging a “packed schedule with heads of government and industry”.

“For the British there are many excellent opportunities for companies to do business in Israel, not least in capital markets, infrastructure finance, cyber and fin-tech. Following the UK’s decision to leave the European Union, it is more important than ever that we build our links with vibrant and growing markets across the world, and I know the UK’s relationship with Israel will go from strength-to-strength.

In an article written for City AM before his visit to Israel, Mr Bowman said Israel is “a trusted friend” and a “natural partner” for British companies.

Talking about British trade relationship post-Brexit, Bowman said “Israel is a perfect example of a country with which we should form closer bonds when we leave the EU: a growing and outwardly-focused, entrepreneurial nation with world-leading expertise in the industries of the future such as cyber, fintech, coding, and green finance.”

“After all, the UK is Israel’s second-largest trading partner, so I expect to meet with enthusiasm for our relationship to develop further over the coming years.” He also noted how Israeli companies had invested more than £300 million into British infrastructure in the last three years alone.

Finding out about all the amazing opportunities Israel's #FinTech industry has in the city of London at a buzzing roundtable discussion today with @citylordmayor pic.twitter.com/1leGChI8GS

Promoting the strengths of the UK, the Lord Mayor said, “London is the ideal city in which to set up a centre of operations as Israeli firms expand and look to take their offer international.”

“This is due to our talented workforce, open and global outlook, cluster of professional and financial services around the Square Mile, and regulatory support for new and disruptive ideas.”

“I will be speaking to existing and potential stakeholders in Israel about why London is the ideal market for investment and listing – now and for decades to come.”

He concluded saying that “Israel seems a fitting place to start” his international visits this year.