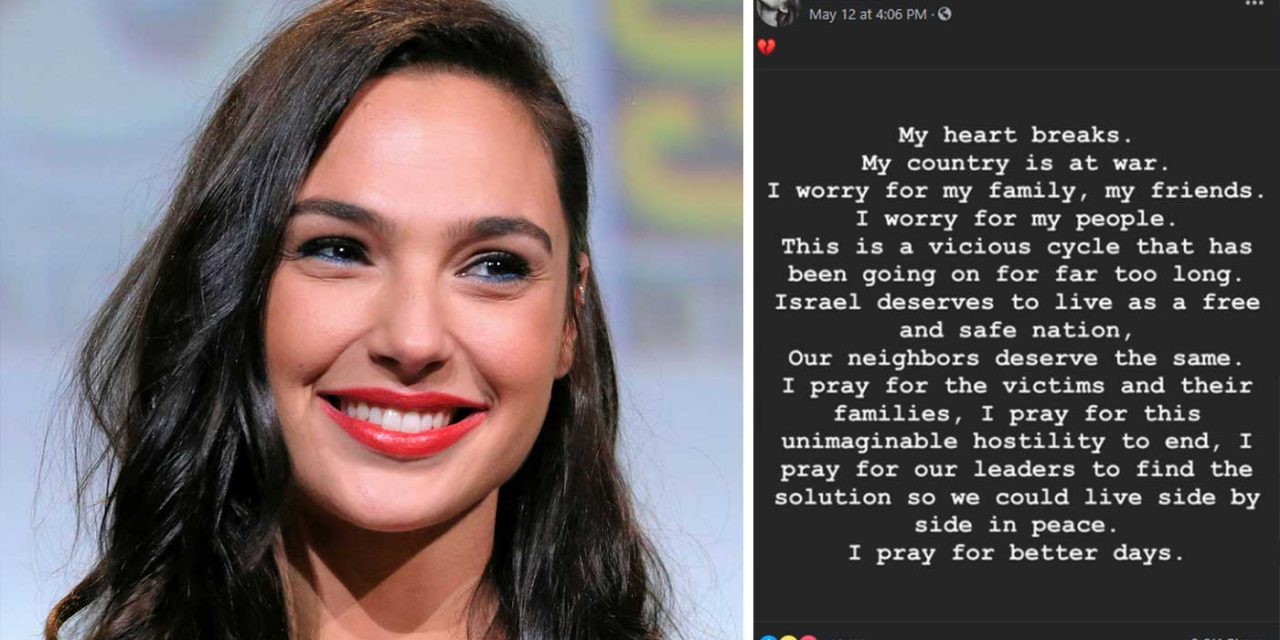 Hollywood actress Gal Gadot has sent her support and prayers for Israel in a post to her sixteen million followers on Facebook.

The Israeli star who is one of Hollywood’s most popular actresses, starring in various roles including Wonder Woman as well as a long time cast member in the Fast and Furious franchise. Gadot has always been open about her Israeli heritage and served in the IDF. This training helped her in her movie roles.

My heart breaks.
My country is at war.
I worry for my family, my friends.
I worry for my people.
This is a vicious cycle that has been going on for far too long.
Israel deserves to live as a free and safe nation,
Our neighbours deserve the same.
I pray for the victims and their families, I pray for this unimaginable hostility to end, I pray for our leaders to find the solution so we could live side by side in peace.
I pray for better days.

Unlike much of Hollywood’s elite, Gadot has remained supportive of her homeland despite the political opinion of her piers.

Even though the wording of her message was careful, it has not saved her from anti-Israel criticism and outright anti-Semitism. As expected, her remarks have caused a lot of backlash this week with many, many attacks on social media and even within various media outlets. Some magazines that usually focus on celebrities and fashion have instead started to spread the Hamas narrative about the conflict, often spreading blatant lies and propaganda.

Unfortunately, this is the tactic used by those who hate Israel. We have sadly seen celebrities and politicians who initially gave support for Israel take back their comments and instead give support to the Palestinians along with an apology. They give in to the angry mob instead of standing for the truth. Even this, however, does not appease those who hate Israel, such is the hate they have for the Jewish state.

Thankfully, Gal Gadot has taken a bold stand and stayed strong in her support for Israel. Let’s pray for her and hope she continues to stand up for her people and withstand these horrible attacks upon her. Well done for speaking up Gal Gadot, we are sure Israel appreciates and is encouraged by your support!