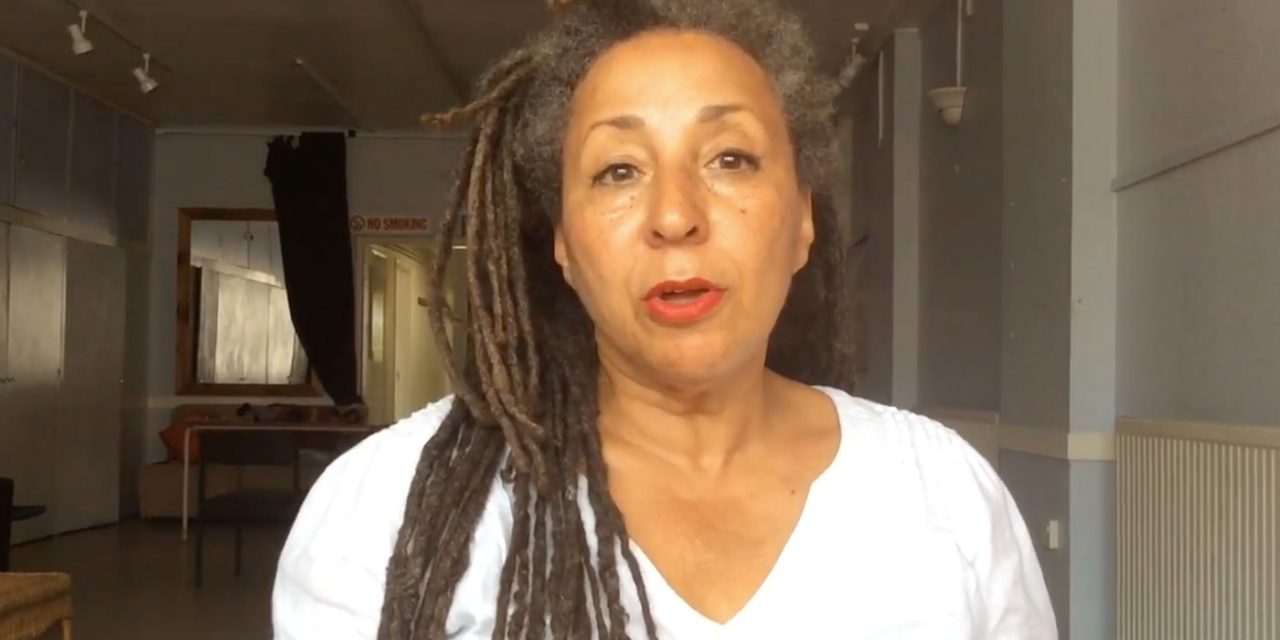 The Algemeiner – A former UK Labour party member expelled for antisemitism retweeted a conspiracy theory article on Tuesday minimizing the significance of the Holocaust and claiming people cared about the genocide of the Jews only because the victims were “white.”

Jackie Walker — a staunch ally of ousted Labour leader Jeremy Corbyn, who has long been accused of antisemitism — tweeted on Tuesday, “Why is the Nazi holocaust more important? We all know the answer!! Because it’s white lives that matter duh!” 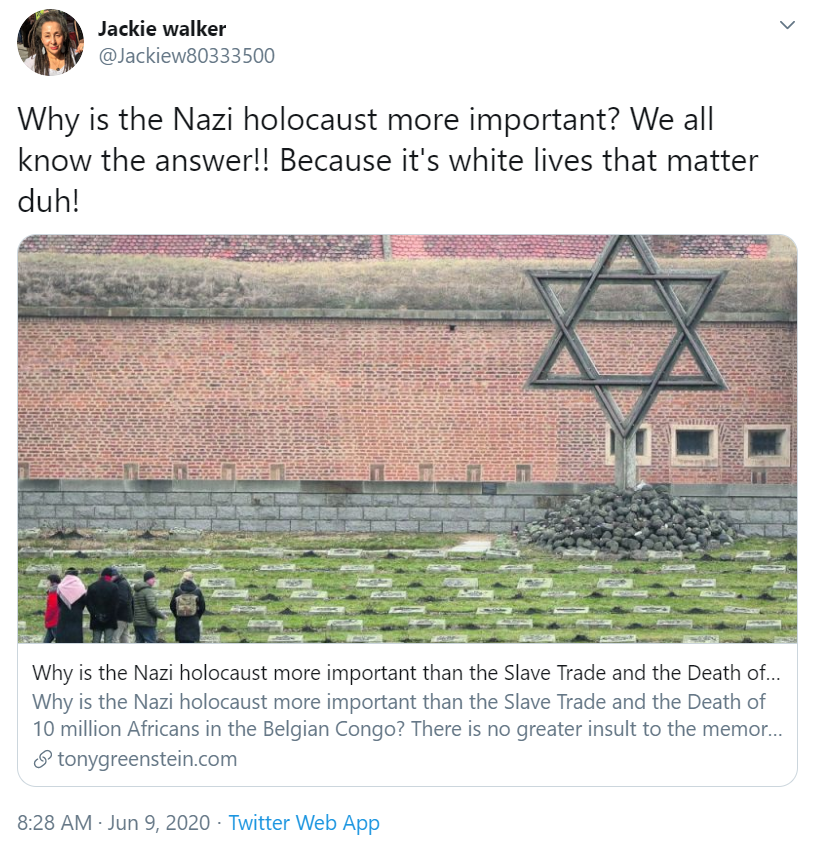 Her comment appeared in a retweet of an article by another Labour member expelled for antisemitism, Tony Greenstein, which claimed Western nations have concentrated on the Holocaust rather than the early 20th-century genocide in the Belgian Congo because it serves the interests of imperialism and capitalism.

“How is it that the Jewish Holocaust (because there are few books on the other victims — the Disabled, Gypsies, Russian POWs, Political Prisoners, Jehova Witnesses) has received such attention yet the genocide of Black Africans has not?” Greenstein asked.

“In these days of Black Lives Matter there is one, obvious, answer. White lives matter more,” he asserted.

Greenstein then minimized the suffering of Holocaust victims, writing, “Of course the industrial extermination of the Jews of Europe was, by any stretch of the imagination, horrific.  But was death by gas or shooting worse than castration, chopping off of limbs, burning and skinning alive?”

“It took minutes to expire from bullets or cyanide gas,” he asserted, “whereas the tortures of the Belgian colonial sadists are unimaginable.”

Labour MP Charlotte Nichols responded, “Absolutely despicable from Jackie Walker, in her unbelievable commitment to plumbing new depths with everything she tweets.”

“If you’re still defending her at this point, if you’d still share a platform with her, give your head a massive wobble,” she added.