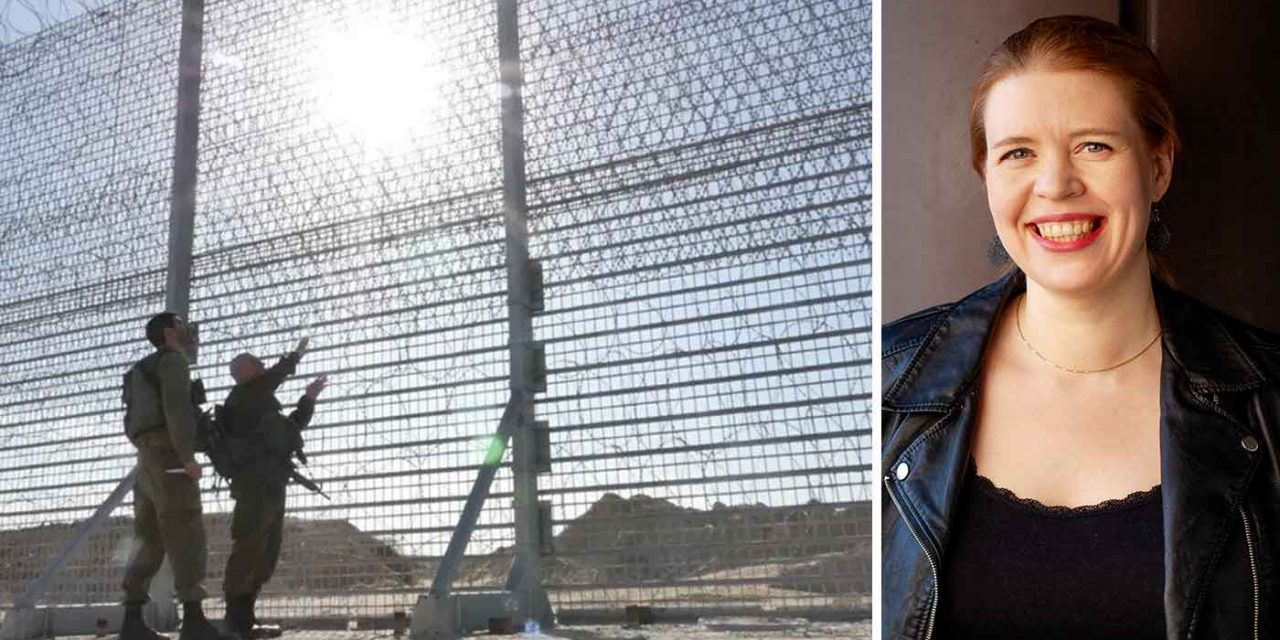 A Finnish member of parliament was arrested by police on Monday after she and other Finnish activists attempted to breach the border fence with the Gaza Strip.

Anna Kontula, who is expressly anti-Israel and has accused Israel of committing human rights violations, attempted to sabotage the fence. The Helsinki Times reports that Kontula was held for some 10 hours before being released.

The barrier along the Gaza border is meant to prevent terrorist infiltrations into Israeli communities. Traffic in and out of the Gaza Strip goes through five crossings between the Strip, Israel and Egypt.

Israel’s upgraded barrier with the Strip is expected to be completed by next summer – both above and below ground – to remove the threat of cross-border attack tunnels and stop terrorists from Gaza from infiltrating into southern Israel.