CUFI Talking Points: “Christians and Jews must unite against terror”

Two days ago we received yet another terrible, tragic confirmation of this fact.

On Easter Sunday, a suicide bomber detonated explosives at a pubic park in Lahore, Pakistan. This park was known to be one that is frequented by Christians. Even worse, this park had attractions that made it especially popular with children. The attack left 70 dead, 29 of whom were children, and 341 wounded. The bomber belonged to Jamaat-e-Ahrar, an offshoot of the Pakistani Taliban. The group not only claimed responsibility, but openly stated that their intention was to target and kill Christians.

On Good Friday, an Indian Catholic priest was crucified by Islamic State in Yemen. According to reports, Father Uzhunnallil was kidnapped on 4 March by gunmen in a raid in which sixteen people were killed.

At this time of increased terrorism, the Jewish community also remain a target. On Sunday evening Sky News reported that terrorists from Islamic State have advanced plans to murder Jewish children in Turkey, targeting kindergartens, schools and youth centres. Information on what intelligence officials are describing as an “imminent” attack was obtained from six operatives from the “Caliphate” who were arrested in the southern city of Gaziantep over the last week.

And today (Monday), Israelis are being told to leave Turkey immediately, following the increase in terror threat level. Israel had previously advised citizens against travel to Turkey following last week’s terror attack in Istanbul that included Israeli victims, but now includes advice for Israelis to leave the country as soon as possible. 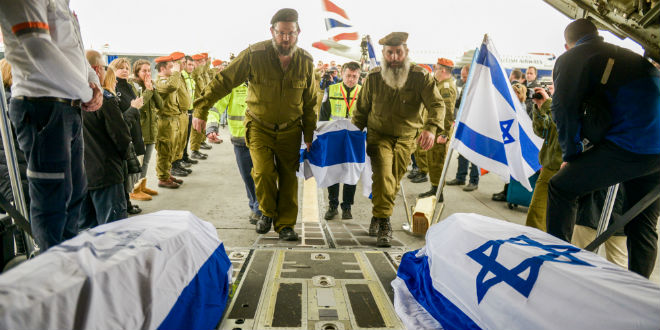 The problem of Islamic terror is not confined to Jews and Israel. Nor is it limited to Christians. As the residents of Brussels have so devastatingly experienced, radical Islam is a threat to all civilized people no matter where they live or how they worship.

These attacks remind us that radical Islam cannot be appeased and must be confronted. And these attacks demonstrate yet again why we must stand with our ally, Israel. Rather than condemn Israel, Europe needs to learn from Israel.  When Israel fights radical Islam, they not only protect Israeli Jews, Christians and Muslims from the extremists. Ultimately, they protect every one of us.