Corbyn takes Iran’s side; blames US, UK for escalating tensions 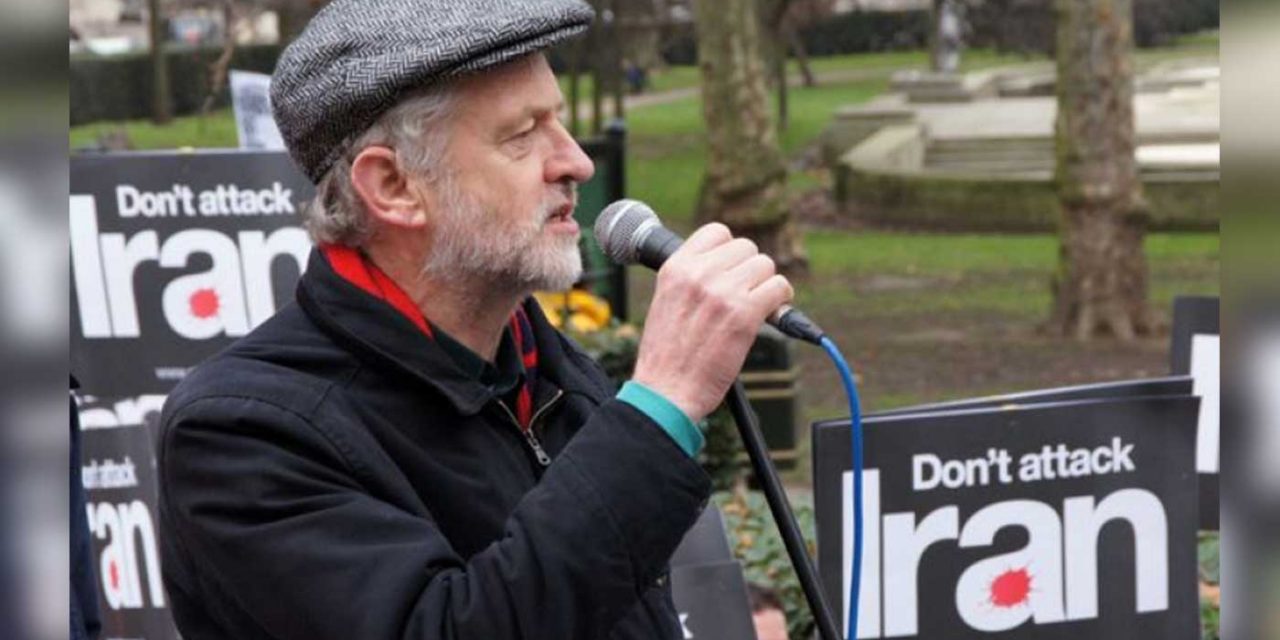 Jeremy Corbyn has once again taken the side of Iran and accused Britain and the US of fuelling tensions, whilst ignoring the very real threat from the Iranian regime.

Corbyn made his thoughts known on Saturday when he tweeted: “Britain should act to ease tensions in the Gulf, not fuel a military escalation that began with US withdrawal from the Iran nuclear agreement. Without credible evidence about the tanker attacks, the government’s rhetoric will only increase the threat of war.”

The Labour leader was referring to the oil tankers in the Persian Gulf that were attacked last Friday, with all fingers pointing to Iran.

You want more ‘credible evidence’ about Russia meddling in UK.

At every chance, you continue to make excuses for UK’s enemies!

Corbyn blames the US for escalating tensions and that it was President Trump’s fault because he pulled the US out of the disastrous Iran Nuclear Deal, otherwise known as the JCPOA (Joint Comprehensive Plan of Action).

The reality is that Iran is to blame for all of this.

The Iranian regime, led by Ayatollah Khamenei, is the world’s largest state sponsor of terrorism. They are actively funding terrorist groups that have attacked and killed British forces and our allies, including Israelis through terrorist proxies such as Hamas in Gaza and Hezbollah in Lebanon. What’s more, the Iran Nuclear Deal was only signed to try and prevent Iran from obtaining nuclear weapons, something that Mr Corbyn says he is against. However, it simply gave Iran hundreds-of-billions of dollars in order to conduct terror activities in the region and continued to pursue nuclear weapons in secret.

Mr Corbyn is not privy to the intelligence that the UK government or its allies are in possession of, however, he assumes there is no “credible evidence” that it was Iran who took part in the attack.

Jeremy Hunt, the UK’s Foreign Secretary, said the UK believed the US assessment that Iran was responsible but repeated his warning there was a serious danger of the US and Iran stumbling into an unwanted war, according to the Daily Telegraph.

“We have no reason not to believe the American assessment and our instinct is to believe it because they are our closest ally,” Mr Hunt said.

“We are very worried about the situation in Iran because at the moment both sides in this dispute think the other side doesn’t want war and the risk you have is that then they doing something provocative that leads to catastrophic consequences that weren’t intended.”

The explosions, which left one of the oil tankers burning outside the strategic Strait of Hormuz waterway, marked the most serious incident since the White House warned in early May that Iran was plotting attacks in the region.

The incident came one month after Iranian forces allegedly used naval mines to blow holes in two oil tankers and two smaller ships off the Emirati port of Fujairah. The US publicly said Iran was behind that attack, while Tehran denied responsibility.