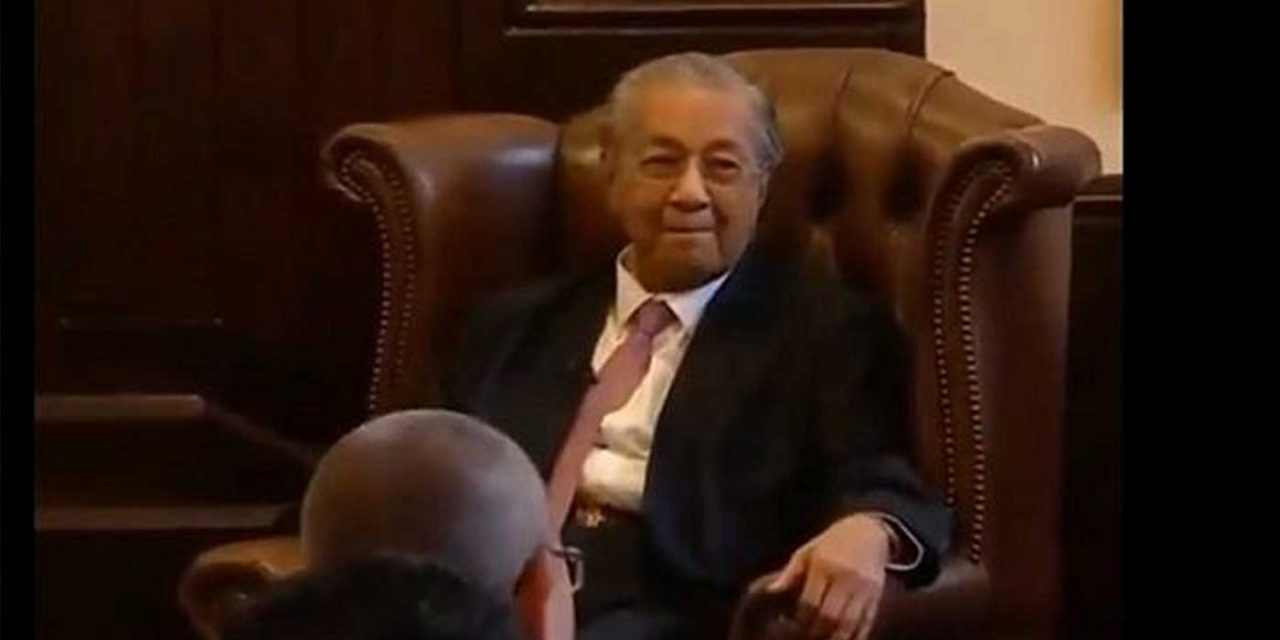 The Cambridge Union is at the centre of a racism row after footage emerged of the Malaysian Prime Minister making an anti-Semitic joke about his Jewish friends with laughter coming from the audience earlier this week.

Mahathir Mohamad, 93, who is “glad to be labelled anti-Semitic”, got a laugh from the audience at the Cambridge Union when he said: “I had some Jewish friends, very good friends. They are not like the other Jews, that’s why they are my friends.”

The Malaysian leader made his joke after being asked about his previous comments regarding Jews.

Mahathir Mohamad was the Malaysian Prime Minister between 1981 and 2003 before being re-elected in 2018.

In the past, he wrote, “The Jews are not merely hook-nosed, but understand money instinctively.”

He also said he was “glad to be labelled anti-Semitic” and has claimed that four million Jews, not six million, died in the Holocaust.

The Union of Jewish Students said: “It is chilling to see a crowd of students laugh off flagrantly anti-Semitic comments. Freedom of speech is not a joke when it incites hatred against one people.”

In a statement after his appearance, the union said the laughter “originated from the middle section, which was composed of the prime minister’s delegation”.

“The prime minister was scrutinised on his record throughout the event both from the moderator and the audience,” it added.

“As a society, free speech and student welfare are equally important to us. We invited the [university’s] Jewish Society to attend the talk to ask questions to the prime minister and we allowed them to hand out flyers to the audience.”

You will notice that during the Malaysian leader’s visit there was a distinct lack of protests against him despite his blatant and proud racism against Jews. There were no speeches by the opposition leader or a refusal to meet from London’s mayor. There was no round the clock news coverage and also no giant baby blimp of him floating on the London skyline. Mahathir Mohamad was allowed to enter the country in peace and was allowed to make a racist joke in the halls of one of our most presitigious centres of education. The silence in the face of this anti-Semitism is deafening.