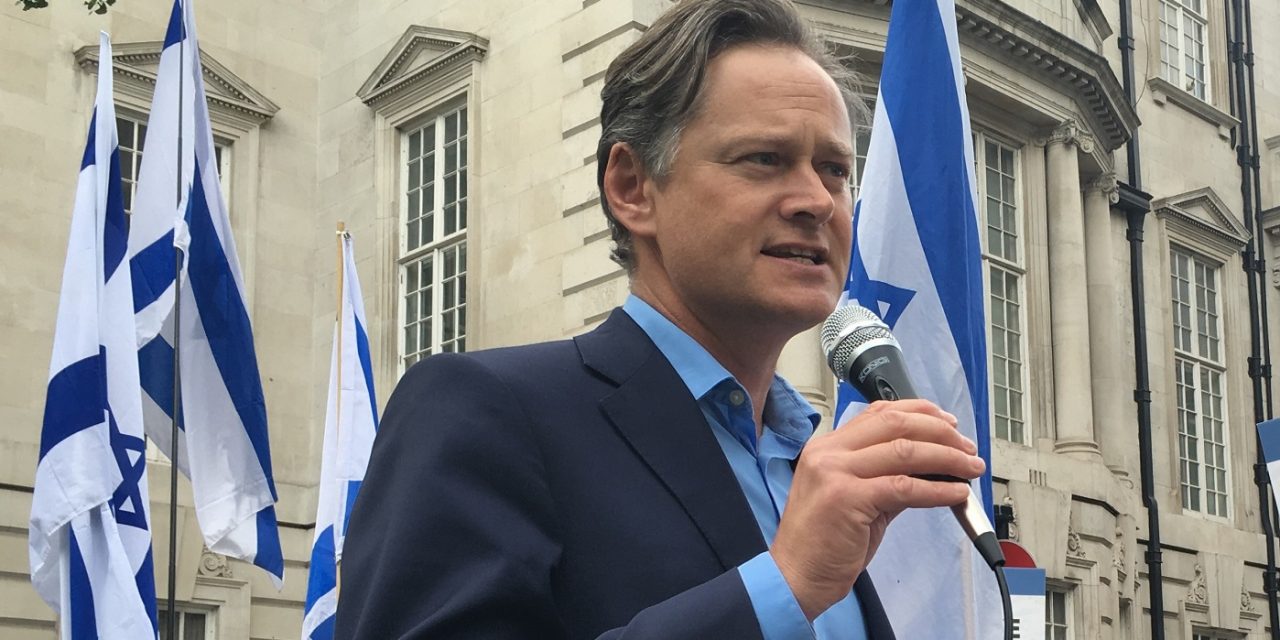 Matthew Offord, MP for Hendon, has written to the new Home Secretary calling on him to proscribe Hezbollah “in its entirety”.

The call by the Christian MP comes amid plans for London’s anti-Israel Al Quds march, set to take place on 10th June. Dr Offord, who is a staunch support of Israel and friend of CUFI, has attended counter-protests in previous years. In 2016, for example, he told the crowd that the Al-Quds Day demonstration was “intended to incite hatred against the Jewish people”. He reminded of the threats to Israel’s existence including by that of Iran, but stated: “We are not going anywhere”.

Al Quds Day, which means “Jerusalem Day” in Arabic, was initiated by Iran in 1979 to express support for the Palestinians and oppose Israel’s existence as well as Israel’s control of Jerusalem.

In previous years, flags of the terrorist organisation Hezbollah were flown, exploiting the well-known hole in UK Law, which allows support for Hezbollah’s political wing whilst banning its military wing, even though Hezbollah itself makes no distinction. CUFI is asking supporters to call upon the new Home Secretary, Sajid Javid, to prevent the Al Quds march and rally in London and ban Hezbollah in the UK in its entirety. The campaign, launched earlier this week, asks MPs to write to the Home Secretary in support.

Last year’s rally also saw one of the organisers blame the Grenfell Tower disaster on “Zionist” supporters of the Tories, compared Israel to ISIS and told protesters that “Israel must go”.

Jewish Labour MP Louise Ellman also wrote to Sajid Javid and to Metropolitan Police Commissioner, Cressida Dick, asking her for clarification on whether Hezbollah flags will be allowed at this year’s demonstration.

Writing to Javid, she says the “flouting” of the law is “an affront to Britain’s commitments to fight extremism and a cause of serious distress to the Jewish community, who have to witness an annual display of support for an organisation which actively seeks their destruction”.

She calls on the new Home Secretary to give “personal attention to the issue”, by either proscribing Hezbollah fully or clarifying the law regarding the flying of its flag.