BREAKING: UN to vote on resolution TOMORROW calling for Trump’s Jerusalem decision to be withdrawn 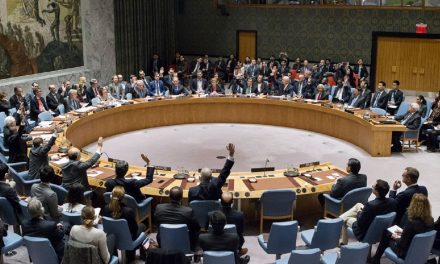 The UN Security Council will reportedly vote tomorrow on the Egyptian proposal that would nullify US President Donald Trump’s recognition of Jerusalem as Israel’s capital.

The proposal states that any decision regarding the status of Jerusalem that contradicts previous UN resolutions on the city will be rescinded.

The one-page text reportedly does not specifically mention the US or President Trump, according to Reuters.

To pass, a resolution needs nine votes in favour and no vetoes by the United States, France, Britain, Russia or China. With this in mind, it seems unlikely for the resolution to pass, but how will the UK vote?