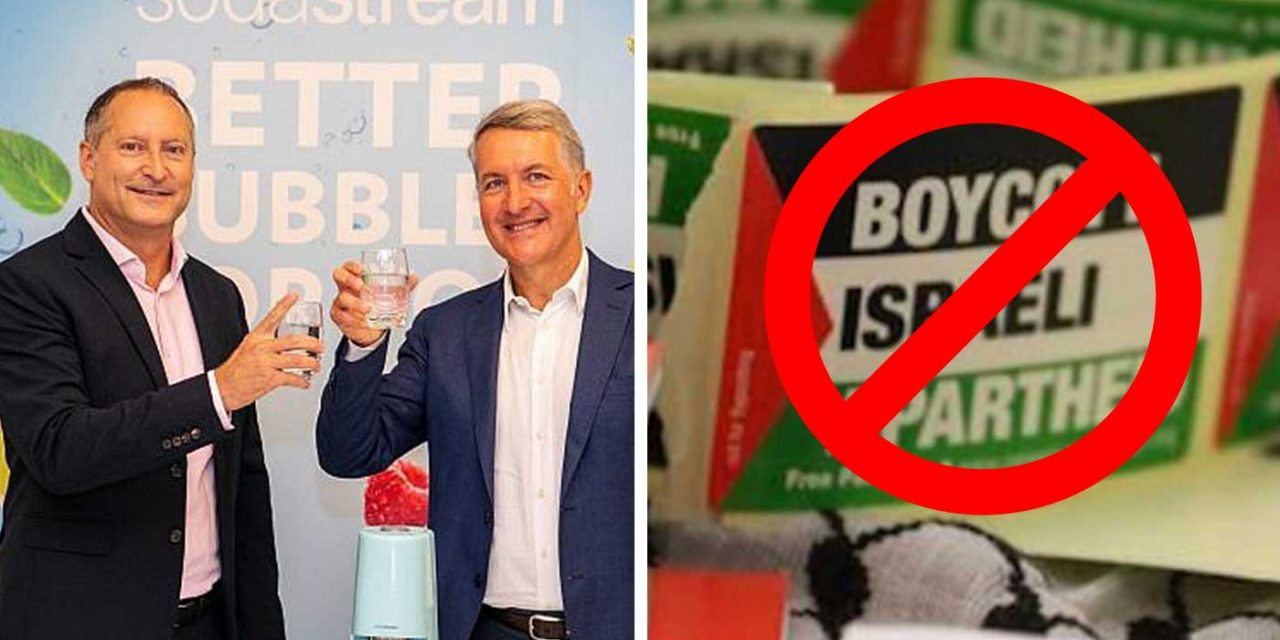 The BDS movement has suffered a blow this week as it was announced the Israeli company SodaStream was being sold to PepsiCo for a massive £2.7 billion in cash.

This is a blow for a number of reasons. PepsiCo has just effectively invested a large amount of money into Israel, the country the BDS movement wants to remove funds from. On top of that, however, PepsiCo has said they will continue producing SodaStream in Israel. They are even going to invest in the country, building a second factory for the company and employing even more Israelis.

The anti-Israel boycotters must also be furious as now they are going to have to add a whole load more products to the list they cannot enjoy. Just a reminder, the companies owned by PepsiCo include companies like Walkers Crisps, Doritos and Quakers as well as the drinks Pepsi, Tango, 7UP and many more.

SodaStream CEO Daniel Birnbaum, who has entered an agreement to sell the maker of home seltzer machines to US food and beverage giant PepsiCo Inc. for $3.2 billion, said the deal represents a victory over the Boycott, Divestment and Sanctions movement, which aims to isolate Israel internationally.

Birnbaum’s firm had become a target of the pro-Palestinian campaign over the location of its factory in the West Bank, before moving to a location inside the Green Line several years ago.

“Who is BDS?” Birnbaum said dismissively, in an interview with Channel 10 news on Monday night, hours after the sale was announced.

“I think they have learned not to meddle with us. Look at what happened to SodaStream that they targeted, and what has happened to them,” he said.

It should be noted that SodaStream was boycotted heavily despite the fact it was at one point the world’s largest private employer of Palestinians.

Under pressure, in 2014 SodaStream took the action of moving location out of Judea and Samaria (the so-called West Bank) and into Israel’s Negev. This was seen as a victory but BDS, however, in moving their warehouse, SodaStream were forced make almost all their Palestinian work force redundant as they couldn’t get work permits to work in Israel.

Because so many Palestinians lost their jobs the favourability for the BDS Movement went DOWN in the West Bank as they saw it as damaging the Palestinian cause.

We know that the BDS Movement is not about helping Palestinians, it is about hurting Israel. As a result, Palestinians are seeing the truth of the movement.

BDS is having very limited success when it comes to international businesses who are investing more and more into Israel. It is safe to say that Israel is thriving.

Unfortunately, BDS does have success pressuring individual artists and celebrities from engaging with Israel. Likely because of outrage and threats they receive, and most don’t want the hassle. This doesn’t work on everyone though.

One of America’s most famous actresses, Scarlett Johansson, came under fire by the BDS movement regarding her role as the first-ever brand ambassador of the Israeli company, which included her acting in an ad screened during the SuperBowl.

Johansson rejected the criticism, and described the firm as “building a bridge to peace between Israel and Palestine.”