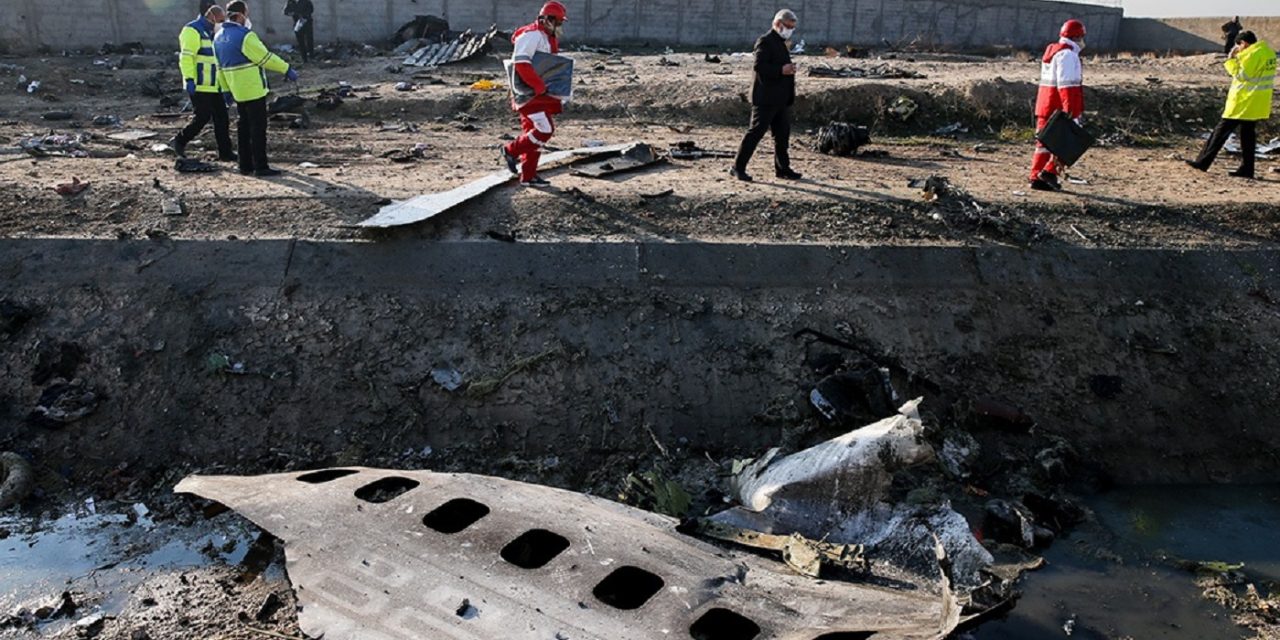 Prime Minister Boris Johnson has said Iran must accept responsibility for the downing of Ukrainian airline departing Tehran for Canada that saw all on board perish after being hit by an Iranian missile.

The statement calling for justice for families of the victims came in response to an investigation on behalf of the Canadian government that blamed Iranian “recklessness” for the tragedy.

Mr Johnson said, “The downing of Ukraine International Airlines Flight PS752 was a tragedy that could have been avoided and for which Iran must accept responsibility. I remain committed to working with Justin Trudeau and others to secure justice for all those killed.”

Canadian prime minister, Justin Tradeau said, “The families and loved ones of the victims of Flight PS752 deserve answers – and we will take every measure necessary to make sure justice is served. Today’s report confirms that Iranian civilian and military authorities are fully responsible for the downing of Flight PS752.”

He continued, “Iran owes answers to the victims’ loved ones and to the world. Canada will pursue full reparations for the downing and the harm that Iran has caused to the victims and their families, and will demand accountability in international forums.”

The downing of Flight 752 on 8 January 2020 took the lives of 176 people, including 55 Canadian citizens. A statement by the Canadian government says the report highlights “the Iranian authorities’ recklessness, incompetence, and wanton disregard for human life.”

It also concludes that Iran’s official account of events is disingenuous, misleading, and superficial, and deliberately ignores key factors.

“This confirms Canada’s view that Iran’s actions and omissions in relation to Flight PS752 amount to violations of its obligations under international law,” the statement says.

“The report was produced by the Canadian Forensic Examination and Assessment Team, led by former CSIS Deputy Director Jeff Yaworski. The Government established the Forensic Team in October 2020 and mandated it to compile and analyze all available information about Flight PS752. This work is part of Canada’s broader efforts to uncover the truth about what happened and hold the perpetrators to account.”

It continues, “According to the report, Iranian authorities positioned anti-aircraft systems on high alert near a civilian airport, without implementing basic protections like closing the airspace over Tehran or notifying airlines. All planes flying into or out of Tehran’s airport that night were at risk, including four civilian flights that took off immediately before Flight PS752 with hundreds of passengers on board going to major international hubs. In fact, the totality of available information leads the Forensic Team to conclude that Iran tracked multiple targets, but could not differentiate between passenger aircraft and legitimate threats.”

The report also criticises Tehran’s decision to keep airspace open. “The families and loved ones of the victims deserve a full explanation of Iran’s dangerous and deliberate choice to keep its airspace open, and a full accounting of the Iranian military’s training and command and control procedures for anti-aircraft operations. Iran has not addressed the numerous deficiencies the Forensic Team has identified.”

Investigators also challenged Iran’s cover-up of the site before investigators arrived and repeated calls for answers on behalf of relatives of the deceased.

“Iran must also account for the cover-up that followed the downing of Flight PS752, including bulldozing the crash site before investigators arrived. Iran still owes these answers to the victims’ loved ones so they can have a measure of closure. And Iran owes these answers to the world, because without them, no country, airline, or passenger can have confidence in the safety of Iranian airspace.

Read the report in full