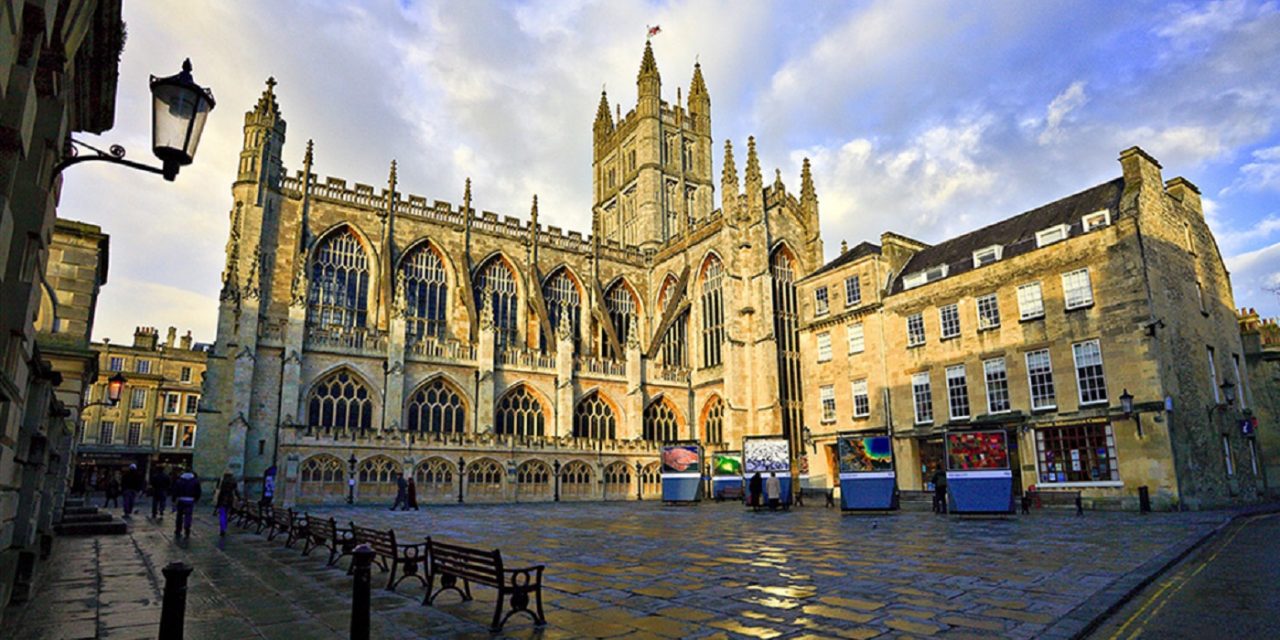 An exhibition at Bath Abbey, “Raising Voices, Holy Sites”, has been denounced by both Jews and Christians, with one Australian visitor claiming that through it, “the Church of England promotes Jew-hatred”.

Jewish News reports that the exhibition, which finishes on June 30, consists of 22 captioned photographs taken by the Abbey’s operations manager, Jon Hoffman, a former press photographer. They were taken, the display informs visitors, “on a trip to Israel/Palestine in October 2015.” Mr Hoffman was accompanied by the Abbey’s rector, Edward Mason, Evelyn Lee-Barber, its curate) and Shean Bowers, the Abbey’s choral director for schools.

The pictures, say the Abbey, are “an important part of the Abbey’s work in speaking about justice and supporting the beleaguered church of Palestine”.

A spokesperson for the Board of Deputies for British Jews said: “This exhibition is clearly unbalanced and has outraged members of the Jewish community. The Council of Christians and Jews (CCJ) has offered advice and resources to the Abbey. We hope this leads to a less offensive display.”

Among the critics of the exhibition is Lord Reading, a leading member of the Anglo-Israel Association, who said: “I am ashamed of the Church of England, of which I have been a member since 1942 when we were threatened by other anti-Semites… the Nazis!”

Australian Diane Weber Bederman, who visited the exhibition, complained directly to the Rev Mason about a variety of misrepresentations in the exhibition, including claims that “the Nakba [the Arabic term for ‘catastrophe’ ie. the creation of the state of Israel] is not taught to the Palestinians and that the system of education for Palestinians is designed to make them ignorant of [their] history.” She said such claims were “patently false”.