A mug discovered at Auschwitz and on display at the infamous death camp has been found to contain hidden treasures.

Staff were conducting maintenance on the artefacts at the Auschwitz Museum when they discovered the humble mug contained a false base, incide they found a ring and necklace wrapped in a piece of canvas. 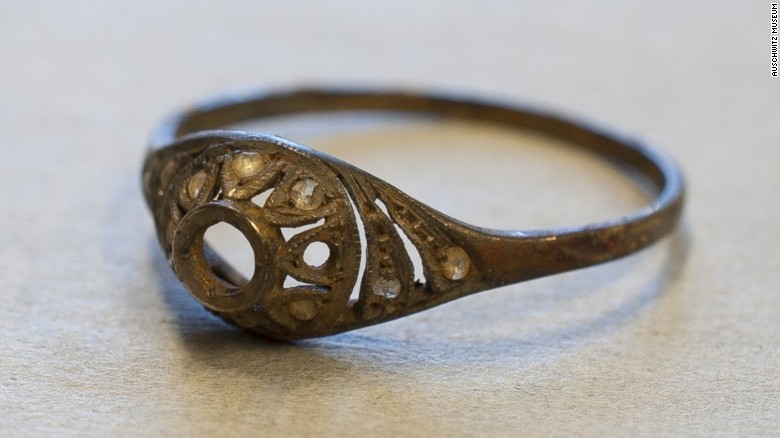 The cup is one of 12,000 enamel kitchenware objects in the museum’s collection.

“During the works to secure the enamelled kitchenware located at the main exhibition, it turned out that one of the mugs has a double bottom,” Hanna Kubik of the Memorial Collection explained.

“It was very well hidden, however, due to the passage of time, the materials underwent gradual degradation, and the second bottom separated from the mug. 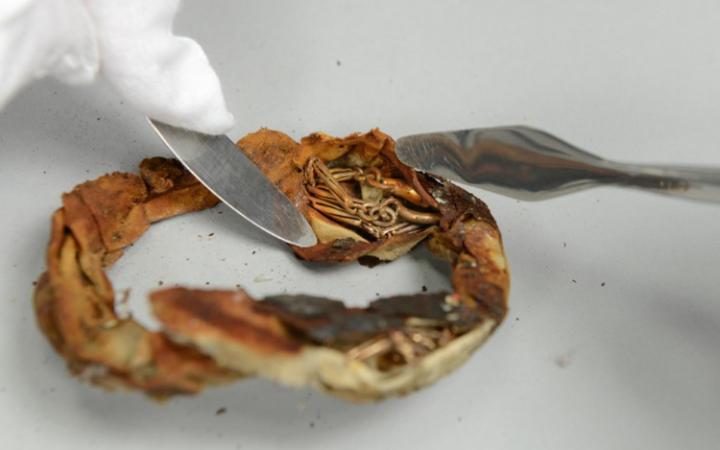 “The ring [and chain] have test properties for gold 583 placed on products produced in Poland in the years 1921-1931. It is the head of a knight with the number three on the right side.”

“The Germans incessantly lied to the Jews deported for extermination,” said the Director of the Auschwitz-Birkenau State Museum Dr. Piotr M. A. Cywiński.

“They were told about resettlement, work and life in a different location. They allowed the victims take with them little luggage. In this way, the Germans were confident that in the luggage – including clothes and items needed for life – they would find the last valuables of the deported families.”

The jewellery found in the mug will be stored in the form reflecting the manner in which it had been hidden by the owner, the museum added.

It seems there are still secrets to be found within the Nazi concentration camps, despite being more than 70 years since their liberation.