Arab and Jewish astronauts together for historic ISS space mission 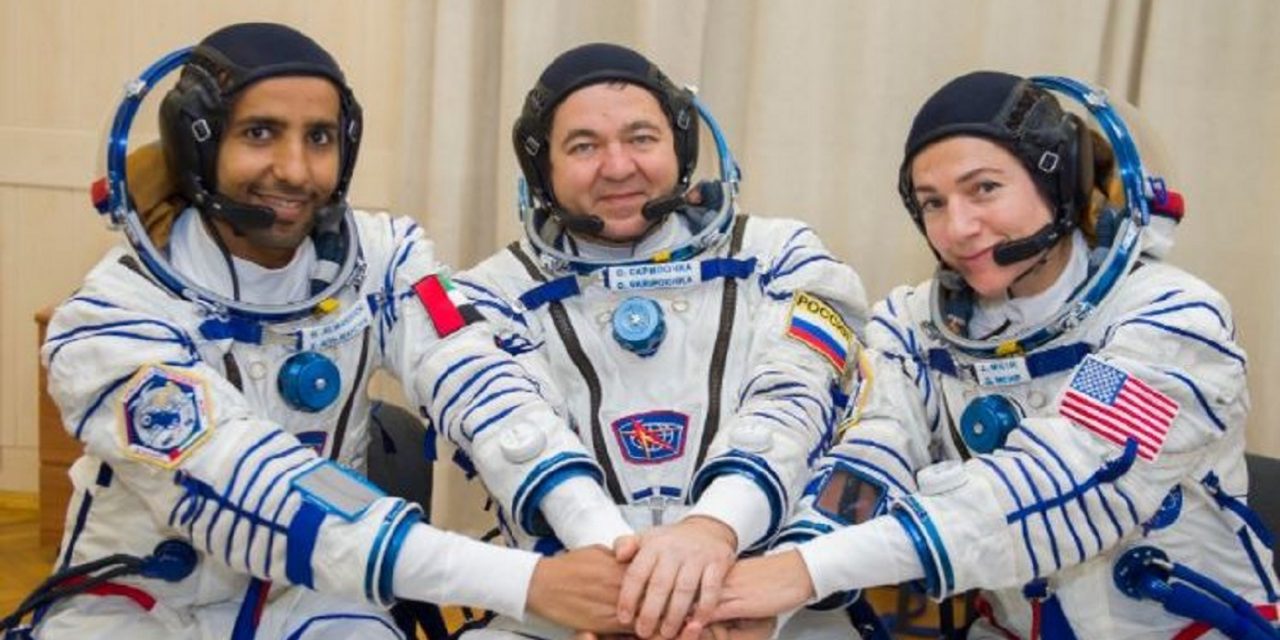 An Arab astronaut will be heading to the International Space Station along with a Jewish astronaut for the very first time.

Hazzaa Al Mansoori from the United Arab Emirates will be joined by NASA astronaut Jessica Meir and Russian commander Oleg Skripochka on board a Soyuz MS 15 rocket from the Baikonur Cosmodrome in Kazakhstan.

Meir, the daughter of an Iraqi-Israeli father, will be the fourth Jewish woman and the 15th Jew overall to be part of a space mission.

Mansoori said that he is very excited to be the first Arab to ever set foot on the International Space Station.

“It is really an honor and we are looking forward to [making] this mission successful and to come back with a lot of knowledge,” he said.

Mansoori also discussed what will happen during the flight to the ISS.

“We will be sitting in the Soyuz on top of the rocket for two hours in a very…tight position, and we will be launching for six hours, going to the ISS. It really needs a lot of patience, and we are ready for anything we will face,” he said.

At a press conference at NASA’s Johnson Space Center in July, Mansoori said that he will be working on daily experiments and finding ways to connect with United Arab Emirates youth from orbit.

Mansoori, 35, graduated from Khalifa bin Zayed Air College in Al Ain, United Arab Emirates, with a bachelor’s degree in aviation in 2004, and joined the UAE armed forces shortly afterward. He applied to the UAE space program in 2018 and beat out more than 4,000 candidates for the mission to the ISS.