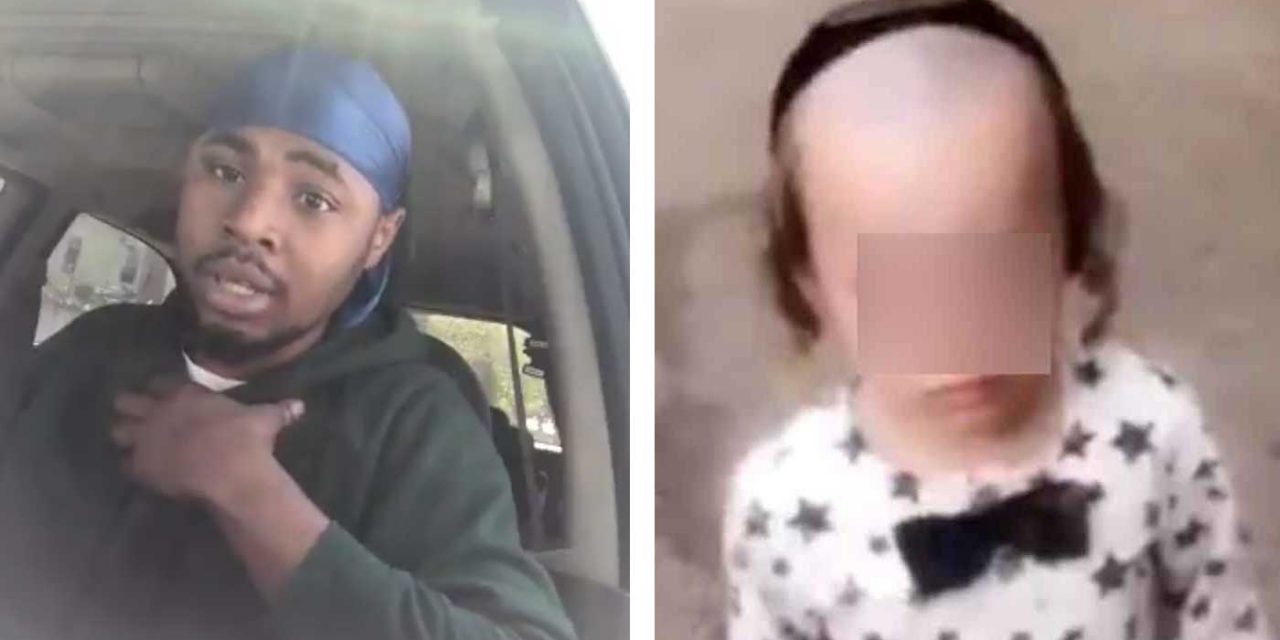 “I just want to sincerely apologize to that young boy and his family,” James said in the video. “I never meant for anybody to get hurt, or for this to be taken the wrong way. It was just a joke, and I’m sorry, like I’m truly sorry. I think about it every day now.”

Good afternoon to everyone watching .. I’m truly sorry for my actions .. @FonrougeGab pic.twitter.com/HaO4cwGaWN

The original video, he said, was just a failed attempt at humor.

“That was just me being really immature. That was one of the most immature videos I probably every recorded,” he said. “It’s making me seem like somebody I’m not – I’m not that type of person, I’m not disrespectful…. It’s my fault that I didn’t think of this while I was doing it, before I even did it – I should have been more considerate.”

James said the entire experience was a big wake-up call. “It was a big mistake,” he said. “I allow social media to turn me into a person I’m not.”

Most Twitter users saw his contrition as genuine and thanked him for his understanding.

“Mr. James, you are what we would call a mentsch,” tweeted New York City Councilman Kalman Yeger. “You accepted, and you’ve repented. Hindsight is always 20/20. Glad you were able to realize that. Thank you for your words; they are truly meaningful. Anytime you want to walk the streets of my neighborhood with me, I’m happy to.”

Quai James opted to apologise for his actions after a video he made, in which he mocks a Jewish child’s haircut went viral over the weekend.

The video features an unseen male, Quai James, talking from behind the camera to a  Jewish boy he met on the street in New York.

James is referring to the child’s hair which is closely shaved except for his long sidelocks, in keeping with Jewish Hassidic tradition.

The boy, who appears to be about three or four years old, stands silently staring wide-eyed at the man while he continues talking.

Quai James first posted the video on Facebook on Saturday. The video was later uploaded to Twitter by user @_LoveMeSomeJess on Sunday.

The video was picked up by the media and there was a backlash from the Jewish community against Quai James. Now, to his credit, James has owned up and apologised, fully acknowledging his mistakes.