An historic moment: For the first Passover since Egypt, Israelis will curfew at night 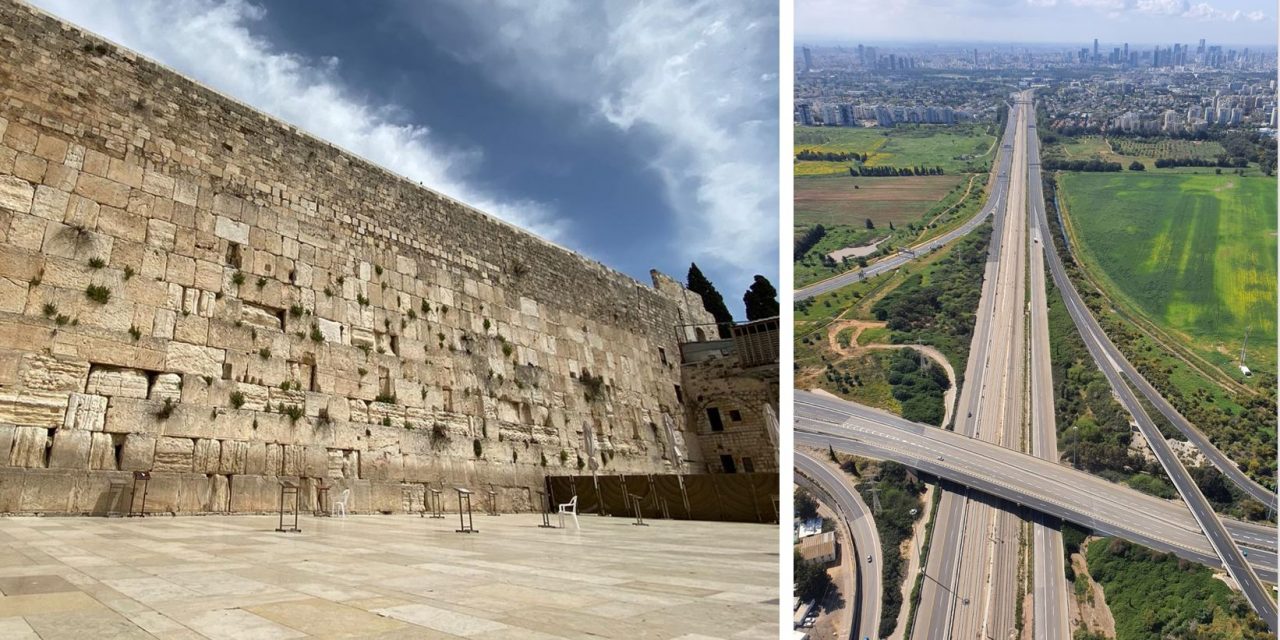 “We have chosen to ‘suffer with the people of God'”

Jewish people around the world will observe Passover beginning at sundown Wednesday evening until sundown on Thursday 16th April. This year’s Passover in Israel is historic and hugely significant. As the world faces unprecedented challenges, on Tuesday the Israeli government announced a nationwide curfew to begin on the eve of the festival to protect Israelis and try to stop the spread of Coronavirus in the country.

Families are being asked to only mark Passover at home with immediate family and are prohibited from going out after a certain time. Whilst Arab towns are exempt due to not observing Passover, Jews have been instructed to stay indoors for the first time since the original Biblical event in Exodus, when Jewish families received God’s command through Moses to stay inside their homes at night and place the blood of the sacrificial lamb on the lintels and doorposts of their houses to escape God’s wrath on Egypt. Prime Minister Netanyahu drew strength from this powerful imagery when he stated a few days ago, “We survived Pharaoh and though the battle will be hard and uncompromising, we will also survive corona, with G-d’s help and with yours, citizens of Israel.”

Passover is a feast that God instituted as an everlasting memorial for all generations to forever remember God’s deliverance from Egypt (Exodus 12:14). Passover will be celebrated by the Jewish people as it has been faithfully over millennia. Our prayer is that this year our Jewish brothers and sisters will have a renewed experience of God’s peace at this difficult time, and will take comfort in the freedom that they enjoy, safe and secure in their homes.

As Christians, we recall that Passover was observed by Jesus throughout his life. He conducted the Passover meal as a Jew with his disciples, also Jews, in the upper room on the night before he died (Luke 22:15), and the next day became a fulfilment of the Passover Lamb. Yet some Christians are yet to discover this meaningful connection that unites Christians and Jews. In some sections of Christendom, we are still seeing the sad consequences of the damage caused when Passover was made illegal by Constantine and the Jewish roots of our Christian faith were severed in a deliberate attempt to separate Jews from Gentiles. This led to some of the most horrific acts of anti-Semitism across Europe and in England. At CUFI, we reject the lies and deception that seek to replace the Jewish foundations of our Christian faith today.

When CUFI was founded in the UK almost five years ago, we believed that it was due time for the Church to start taking the ground back with an uncompromising and unconditional stand with Israel and the Jewish people. We expected there would be opposition, just as we know so many of our faithful supporters have experienced some kind of backlash in making this stand. Continuing the theme of Passover, we want to encourage you today with the words in Hebrews Chapter 11, where we read a list of heroes of faith. Verse 24 says,

“By faith Moses, when he became of age, refused to be called the son of Pharaoh’s daughter, choosing rather to suffer affliction with the people of God than to enjoy the passing pleasures of sin, esteeming the reproach of Christ greater riches than the treasures in Egypt; for he looked to the reward.”

We have refused to be defined by the anti-Semitism committed by our forefathers in the so-called name of Christianity.  Rather we have decided to return to the roots of our faith. We have chosen to take a stand with the people of God even if this means suffering opposition or ridicule. We would rather suffer with God’s people than be by-standers in the face of anti-Semitism. And we thank you that you have chosen to join us in this calling.

Please continue praying for Israel at this time. And as we each face our own set of challenges during this difficult period, we pray that God will bless you and your loved ones and fill you with His joy and peace during this Holy Week.

“Come, my people, enter your chambers,
And shut your doors behind you;
Hide yourself, as it were, for a little moment,
Until the indignation is past.”
Isaiah 26:20