A message from Ambassador Regev: “The Balfour Declaration and Britain’s Christian heritage” 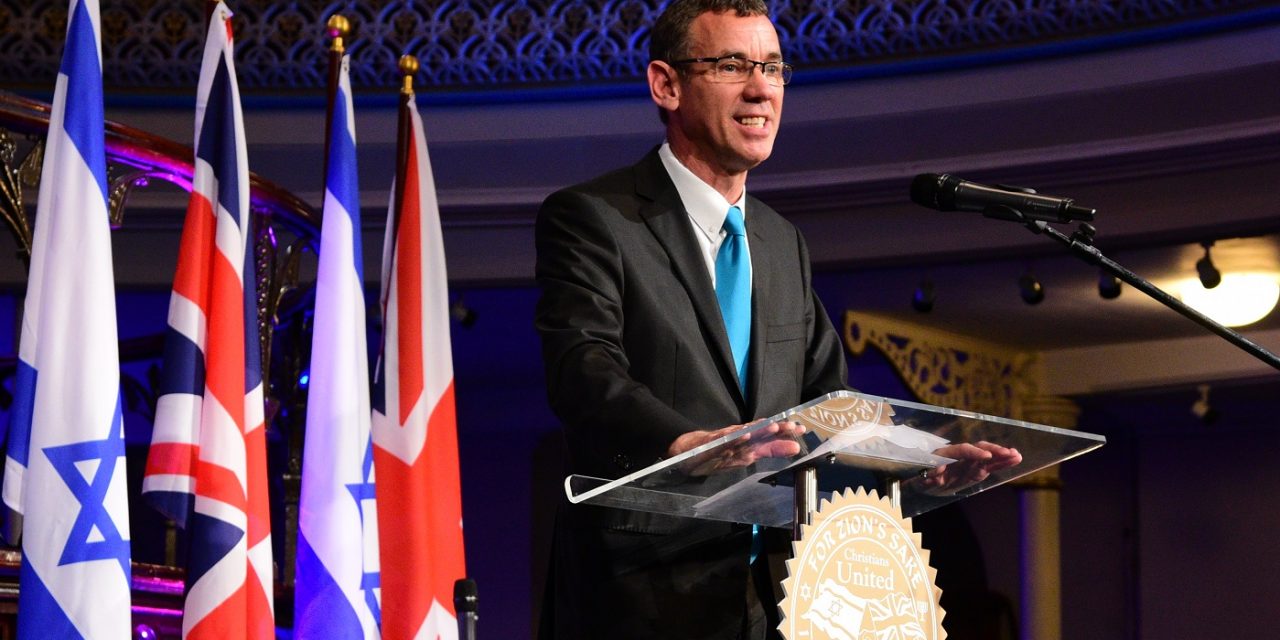 The following is a message from Israel’s Ambassador to the UK, Mark Regev, ahead of tomorrow’s Balfour Concert, on how Britain’s Christian heritage played a key part in Balfour Declaration.

The 1917 Balfour Declaration is integral to the chain of events leading to Israel’s rebirth in 1948. As we prepare to celebrate the Declaration’s centenary, it is important that we ask: how did Britain become the first major modern power to officially endorse a Jewish national home? Beyond realpolitik and the desire to win World War I, Britain’s Christian heritage stands out as a significant motivating factor behind Balfour’s official ‘declaration of sympathy with Jewish Zionist aspirations’.

The Balfour Declaration did not originate in a cultural vacuum. Rather, its spirit is deeply rooted in British Christian history. As in the rest of Europe, there have been numerous examples in Britain of Christian antisemitism contributing to atrocities such as the York Massacre of 1190 and the Edict of Expulsion a century later. Yet during the post-Reformation era, philosemitism also emerged; many British Christians viewed Jews positively and affirmed our aspirations to return to our historic homeland.

When the Reformation came to England, the Puritans developed doctrine on a vast range of issues, including the Jews’ ancient connection to the Land of Israel, and a belief in a Jewish national revival. These values, coupled with a love of Biblical history and geography, became part of the religious and cultural landscape.

British Christians became intimately acquainted with the Psalms of Israel. Scottish Presbyterians would sing the Psalter at Church; Anglicans expressed King David’s most profound pleas to God in the Book of Common Prayer. The phrase ‘The Lord is my shepherd; I shall not want’ from the 23rd Psalm became a precious refrain to the British nation, as well as to Israel, and psalmodic songs of praise became intertwined with British spiritual life.

John Owen, Puritan theologian and chaplain to Oliver Cromwell, looked forward to the day in which the Jews would be ‘returning again to their own land’, paraphrasing the prophet Zechariah: “Jerusalem shall be inhabited again, even in Jerusalem.” In the Victorian era, devout ministers including Charles Spurgeon and JC Ryle proclaimed calls for Israel’s renaissance from pulpits.

Over the centuries, British Christians have clearly varied in their theological perspectives of the Jewish people. Taken as a whole, however, British Christian philosemitism is in many ways a form of Zionism before Zionism, intertwining Christian concepts with an endorsement of Jewish national rebirth in the Land of Israel long before the Balfour Declaration.

Lord Ashley mused in his diary in 1826, ‘Who will be the Cyrus of Modern Times, the second Chosen to restore the God’s people?’ Fourteen years later, Ashley proposed a plan to Lord Palmerston to foster Jewish life in the Holy Land.

Arthur James Balfour was himself a committed Christian. Balfour’s niece and biographer Blanche Dugdale noted his ‘intellectual admiration and sympathy’ towards the plight of the downtrodden and persecuted Jews, something that stemmed from his ‘Old Testament training’.

Balfour is but one of many British Christian Zionists remembered as pioneers and heroes in Israel. John Henry Patterson, who commanded the Jewish Legion during World War I, has come to be known as a forefather of the Israel Defence Forces. Orde Wingate did everything in his power as a British officer serving in Mandatory Palestine to ensure that the Jewish people could defend themselves by themselves against hostile threats.

A century on from the Balfour Declaration, there are good cultural, political and historical reasons for people across the world to stand with Israel. In the case of the United Kingdom, however, this friendship is also deeply embedded in national heritage and common cause.