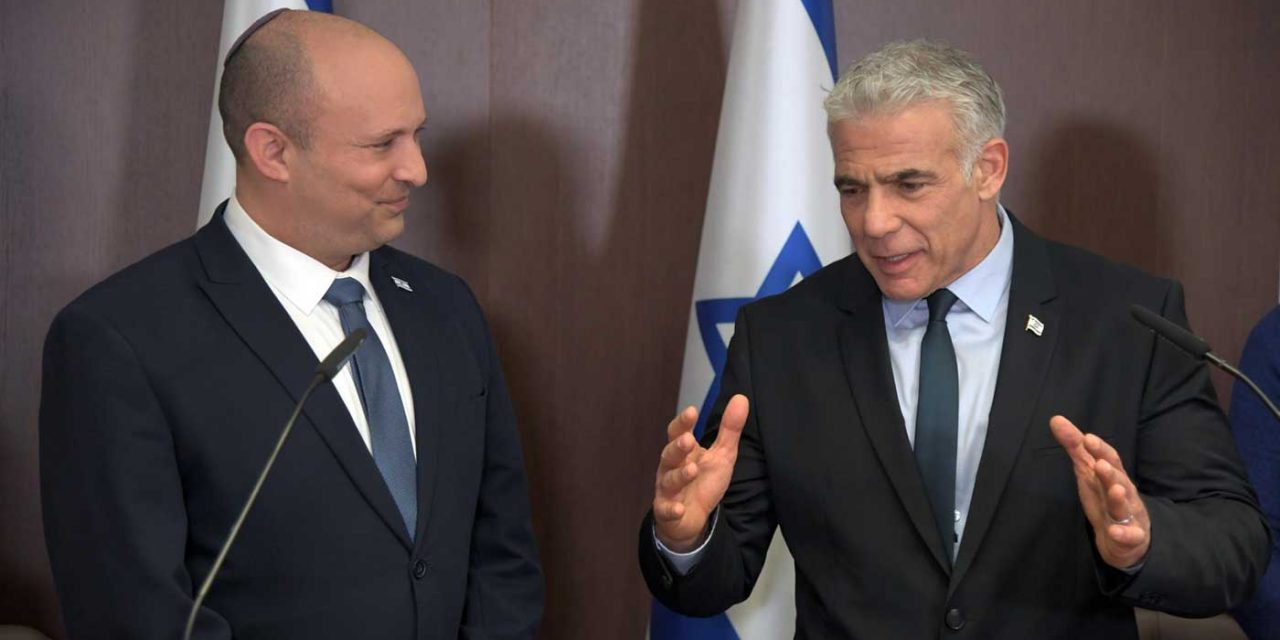 Lapid will lead the interim government until a new coalition is formed following elections in November.

In accordance with the coalition agreement, Naftali Bennett stepped down from the premiership, becoming alternate prime minister, a title Lapid held for the past year. Lapid will remain foreign minister, as well.

Bennett told Lapid that Israel and the premiership “do not belong to any one person; they belong to the entire people of Israel. I hand over to you the responsibility for the State of Israel. I wish that you guard it well, and may God watch over you.”

Lapid’s first stop after becoming prime minister was the Hall of Remembrance at Yad Vashem, which he said he visited “to promise my father that I will always keep Israel strong and capable of defending itself and protecting its children.”

We will be praying for Yair Lapid as he leads Israel in the coming months and for Israel as it goes to election in November. CUFI is non-political and we will support Israel and its government in defending Israel.