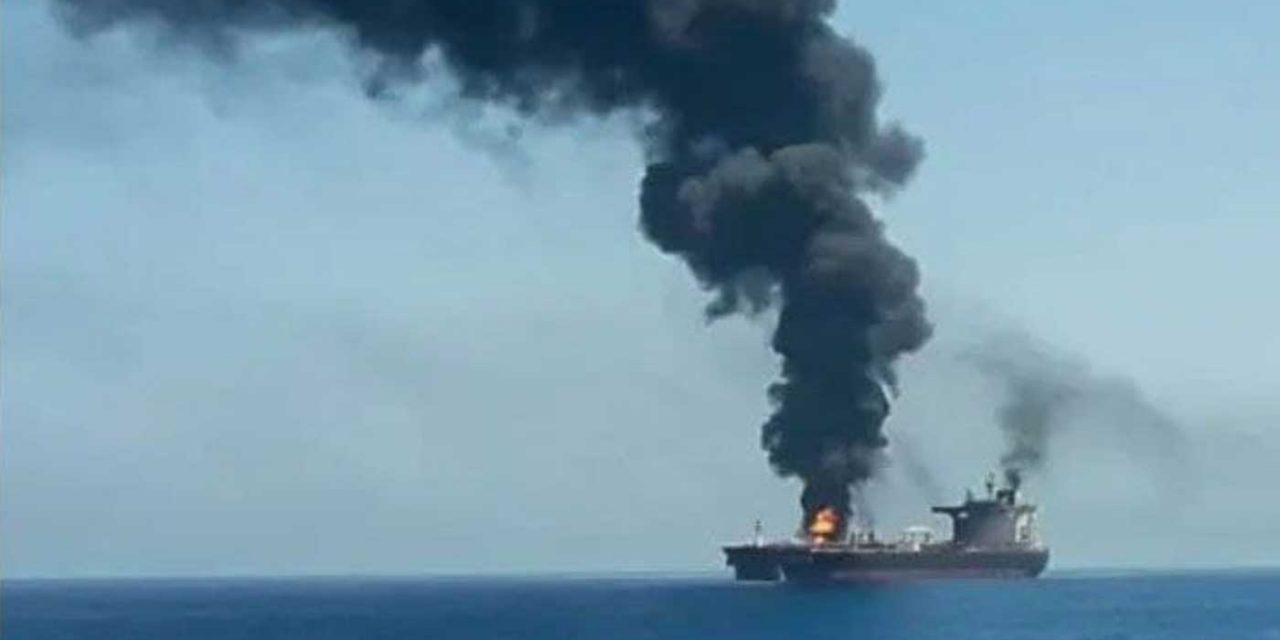 The UK government has strongly condemned Iran for the deadly attack that took place on a civilian oil tanker off the coast of Oman last week. This condemnation was one of a number from key allies all blaming the Iranian regime.

The UK’s assessments of the attack concurred with other intelligence agencies around the world that Iran was responsible for this act of terrorism.

Iran is the world’s leader in sponsoring terrorism around the world. It runs terror organisations such as Hezbollah in Lebanon and Palestinian Islamic Jihad in Gaza, it is also a large donor to Hamas. Iran’s military force the IRGC is also outlawed as a terrorist organisation in some countries, such as the United States. It is not surprising then that Iran is using terror tactics against civilian ships.

Tehran has denied any involvement in Thursday’s attack on the Mercer Street – a Liberian-flagged, Japanese-owned petroleum product tanker managed by Israeli-owned Zodiac Maritime. Despite this denial, it seems Iran’s fingerprints are all over it. And it isn’t the first time Iran has denied an act of terrorism it has committed.

As well as condemning Iran, the UK was joined by Romania and Liberia in a joint letter to the UN Security Council.

“This attack disrupted and posed a risk to the safety and security of international shipping and was a clear violation of international law,” the countries said in a letter to the 15-member council seen by Reuters. “This act must be condemned by the international community.”

“The United Kingdom and Romania, along with regional and international partners, are conducting a thorough investigation of this attack. We will update the council in due course,” Britain, Liberia and Romania said in the letter.

Israeli officials wrote a separate letter to the security council to condemn Iran’s actions and vowed to “continue to take all necessary measures to protect its citizens.”

“Iran’s unceasing hostile activities endanger our region and beyond, and we expect the Security Council to take concrete and decisive action to curb this growing threat,” wrote Israel’s Ambassador to the United States and United Nations Gilad Erdan.

NATO on Tuesday condemned Iran for the deadly drone attack and sent condolences to Romania and the UK for their losses.

NATO said in a statement: “Freedom of navigation is vital for all NATO allies, and must be upheld in accordance with international law.”

“The United Kingdom, the United States, and Romania have concluded that Iran is highly likely responsible for this incident.

“Allies remain concerned by Iran’s destabilising actions in the region, and call on Tehran to respect its international obligations.”

The United States also blames Iran for the attack.

Antony Blinken, US secretary of state, said Washington was “confident that Iran conducted this attack”.

He added that such actions “threaten freedom of navigation through this crucial waterway, international shipping and commerce and the lives of those on the vessels involved”.