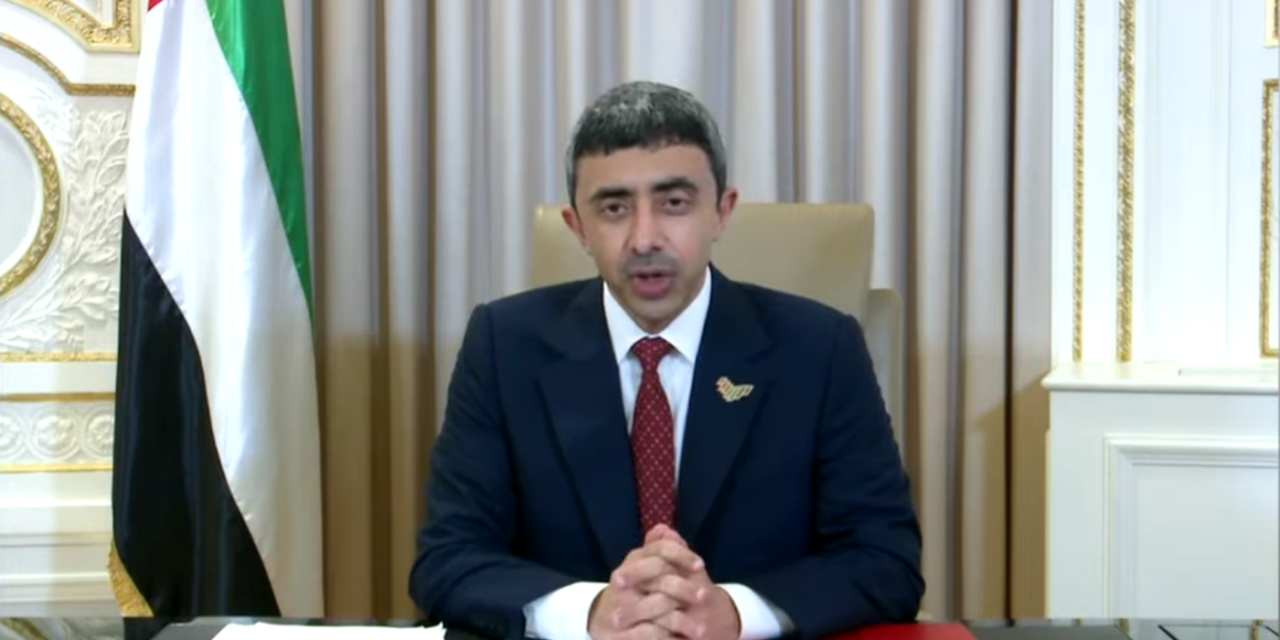 The historic agreement normalizing relations between Israel and the United Arab Emirates (UAE) should boost efforts towards achieving regional peace and a brighter future for generations to come, the UAE’s Foreign Affairs Minister told the UN General Assembly in a pre-recorded speech broadcast on Tuesday.

Sheikh Abdullah bin Zayed Al Nahyan’s message to the United Nations showed a warming of ties with Israel following the historic peace deal being signed between the two countries.

However, the UAE’s Foreign Minister affirmed his country’s rejection of Israel’s sovereignty over Judea and Samaria (the West Bank), as well as its staunch support for a two-state solution in the Middle East including the Palestinians having East Jerusalem as their capital.

“With the signing of a historic peace accord with Israel, supported by American efforts, my country was able to freeze the annexation decision and opened broad prospects to achieve a comprehensive peace in the region,” he said, referring to the agreement brokered in August.

“We hope this peace accord will provide the opportunity for the Palestinians and the Israelis to re-engage in negotiations to achieve peace. Our position towards supporting the Palestinian people and achieving the two-state solution is firm.”

Sheikh Abdullah added that the UAE will strive to ensure that the peace deal also “will open new intellectual horizons in the region and create a prosperous path for future generations who deserve a stable region and a better reality than wars and poverty.”