‘Thought I was going to die’: Jewish man assaulted by pro-Palestine mob in New York speaks out 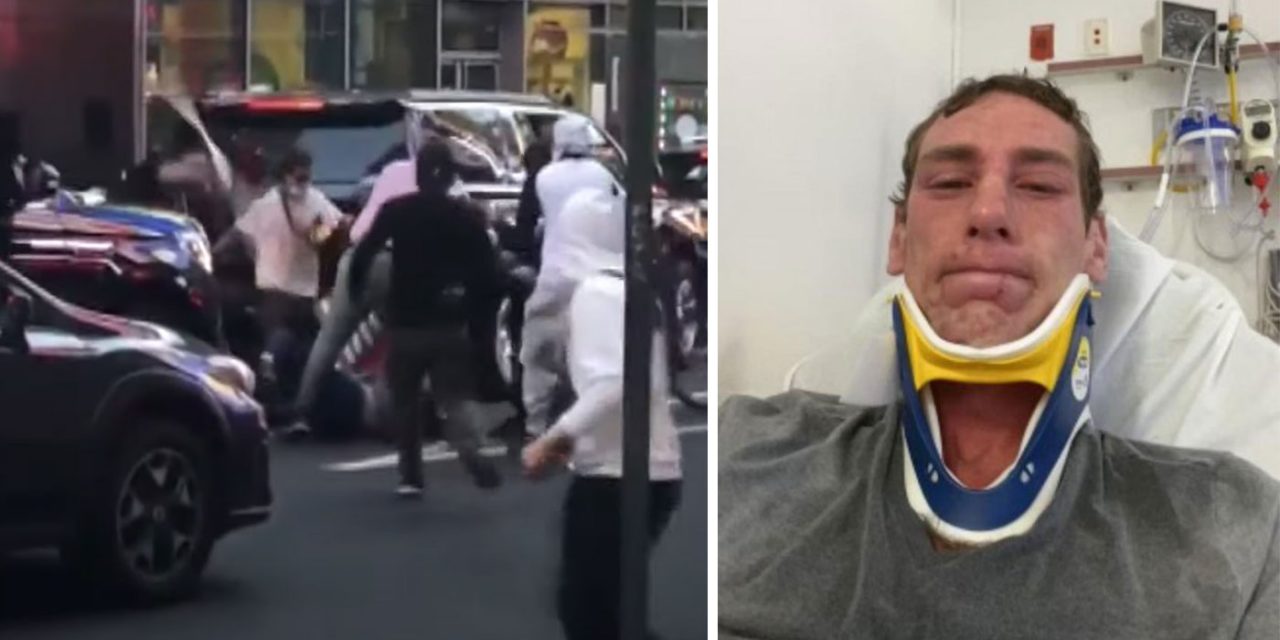 A young Jewish man has spoken after he was brutally beaten by pro-Palestinian activists simply because he was Jewish.

Joseph Borgen, 29, was targeted because of his yamulke (kippah) he was wearing on his head. He was one of many Jews who were attacked by pro-Palestinian protesters as we documented last week.

Ironically, Borgen happened to be going to a pro-Israel march when he was attacked. His attackers knew nothing of this, however, as they simply knew he was Jewish because of his religious attire, highlighting the anti-Semitic motives of the incident.

“I was surrounded by a whole crowd of people who proceeded to physically attack me, beat me, kick me, punch me, hit me with crutches, hit me with flag poles,” he told the Daily Mail on Friday after being released from the hospital.

Borgen said his attackers shouted things like “You filthy Jew. We’re going to f****** kill you. Go back to Israel. Hamas is going to kill you.”

After beating him, the group then pepper-sprayed him “for like a minute straight.”

“My whole face was on fire. I couldn’t see. In the hospital, they literally had to drain out my eyes. My skin’s still on fire in certain places,” he said.

A picture of Borgen was shared on social media where his neck was in a cast and he was being treated in hospital following the assault. He is currently recovering at home.

Only one of those who attacked Borgen has been arrested and shockingly he admitted he would “do it again”.

Waseem Awawdeh, 23, was arrested on Friday for attacking Borgen on Thursday.

“If I could do it again, I would do it again,” Awawdeh said to one of his jailers, prosecutors said during the suspect’s arraignment in Manhattan Criminal Court on Saturday.The attack was unprovoked and a number of other suspects are being sought by police for involvement in the attack.

Borgen said he had been on his way to a rally “to show my support, show my pride in Israel, let them know we have their back even though we’re 6,000 miles away.” But he had expected things to be peaceful.

“I would never think I’d ever have to worry about my religion or my skin color or my ethnicity being a problem in New York City,” he said.

Thankfully, Borgen has not given up on supporting Israel in public. SPeaking to CBS he explained he wants peace and that’s what he is marching for while supporting the Jewish state of Israel. However, he is now more weary to wear his yamulke in public, saying that he was rethinking wether he should in future.