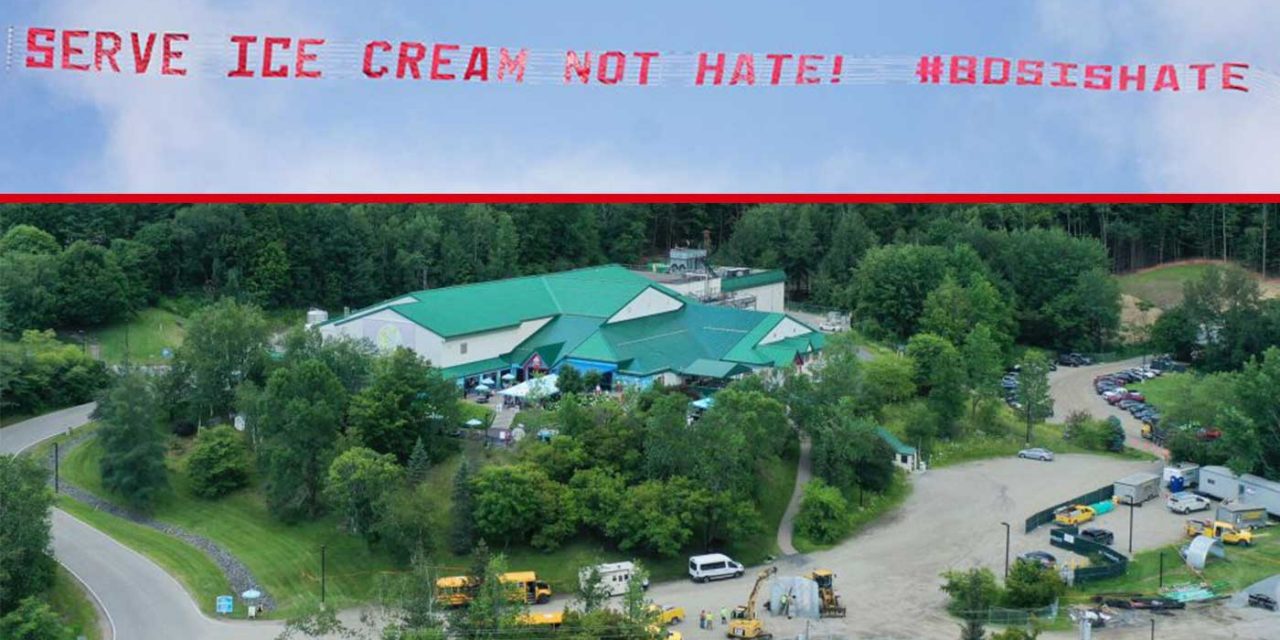 An airplane with a banner attacking Ben & Jerry’s Israeli boycotts circled over the ice cream maker’s factory and global headquarters on Friday in South Burlington, Vermont.

“Serve Ice Cream, Not Hate,” read the banner – which also included the hashtag #BDSisHATE, and the American and Israeli flags – as part of a campaign launched by The Israeli-American Council (IAC) calling on the ice cream maker to stop its boycott of part of the Israeli population, the American-Jewish organization said in a press release.

The fly-by set off a global advocacy effort that also features a social media campaign urging people to demand Ben & Jerry’s and its parent company Unilever not align with the Boycott, Divestment and Sanctions movement against Israel, and to renew the Vermont-based ice cream producer’s license with its Israeli manufacturer. 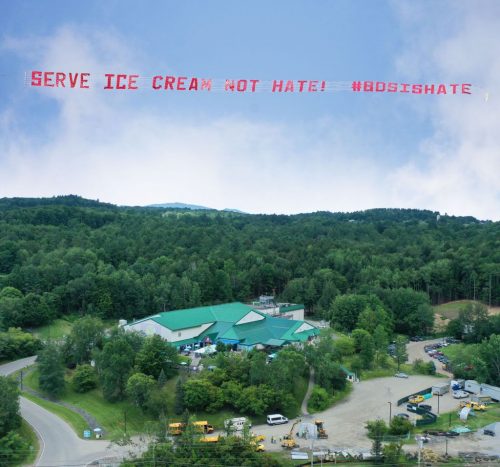 The IAC called Ben & Jerry’s decision to stop selling its ice cream in Israeli settlements in the West Bank and east Jerusalem, announced on July 19, a “disgraceful surrender to the BDS hate movement.”

BDS “promotes a culture of fear and violence and seeks to eliminate the Jewish homeland – the only democracy in the Middle East,” the IAC said. “Unilever should rid itself of this discriminatory and morally wrong act, stand by its corporate values and refocus its Ben & Jerry’s brand on serving ice cream and not hate. We urge Unilever to discard this shameful decision, end this boycott and invest instead in peace and prosperity through dialogue.”