President Trump reveals what he prayed for at Western Wall 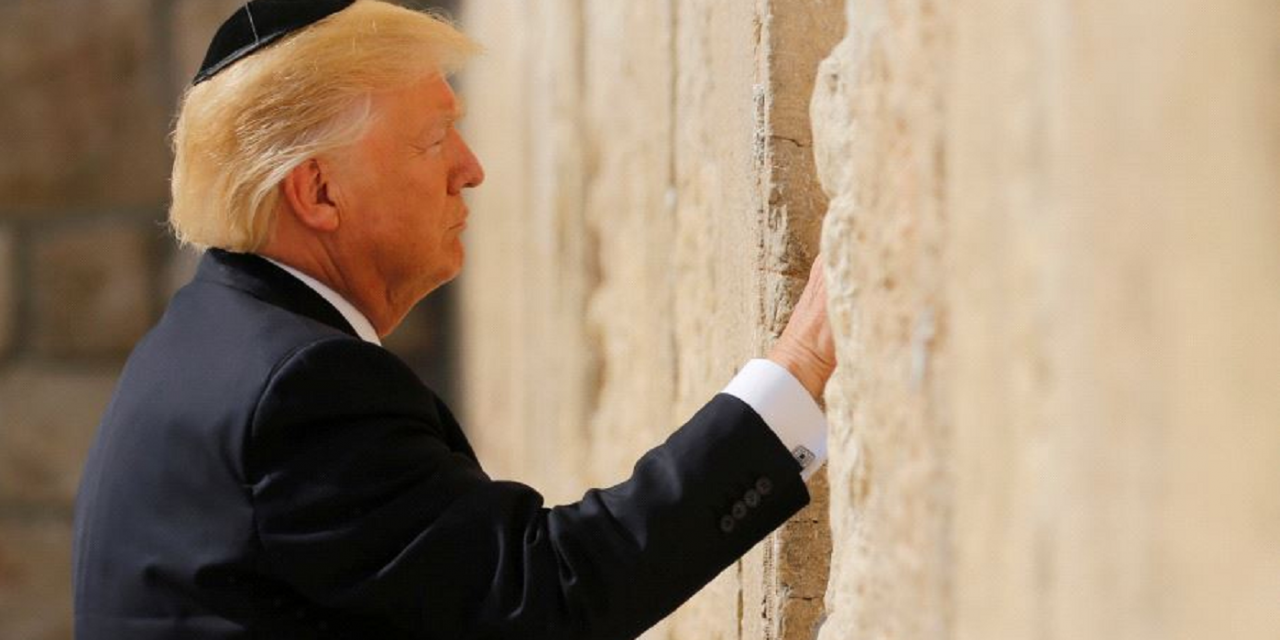 Donald Trump became the first ever serving US President to visit and pray at the Western Wall during his visit to Jerusalem on Monday.

In a historic moment, the President placed a note inside a crack between the weathered, massive 2000-year-old ashlars of the Wall in the Old City. His son-in-law Jared Kushner and US Secretary of State Rex Tillerson also touched the wall and prayed, whilst Trump’s wife Melania visited the women’s section with the president’s daughter, Ivanka.

It isn’t known exactly what President Trump scripted, however he gave some indication of what he prayed for. At Tuesday’s keynote speech at the Israel Museum, the President reflected on his visit to the Western Wall:

“Yesterday, I visited the Western Wall, and marveled at the monument to God’s presence and man’s perseverance – I was humbled to place my hand upon the wall and to pray in that holy space for wisdom from God.”

As President of the United States, Donald Trump certainly prayed for a good thing. The Bible says in Proverbs that wisdom is something we should “get” and not “forget” and that in desiring wisdom we will be blessed.

As we pray for Donald Trump and all those that lead and are in authority, we too would do well to pray that world leaders will desire wisdom from God especially in these incredibly important and challenging days in which we are living in.