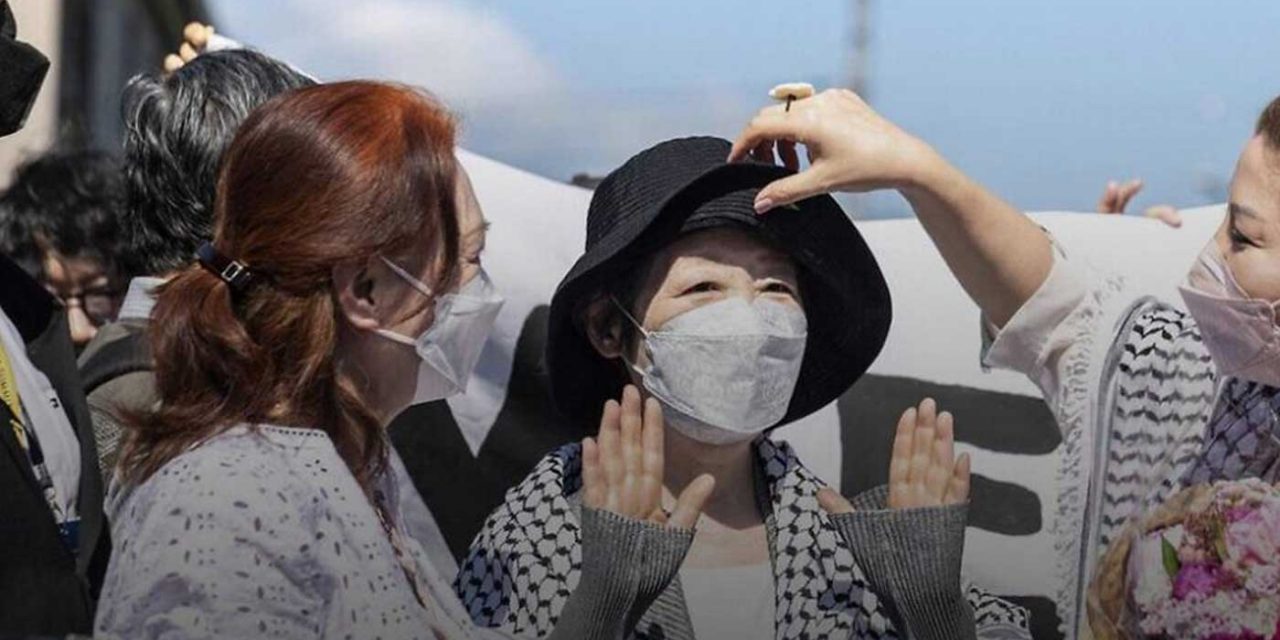 When “empress of terror” Fusako Shigenobu was released from Tokyo’s Hachioji prison on Saturday, Palestinian groups hailed her as a heroine and bemoaned what they called her “unjust” incarceration.

The 76-year-old co-founder of the now-defunct Japanese Red Army (JRA) had completed a 20-year jail term for her masterminding of the 1974 hostage-taking of the French embassy in The Hague and the takeover of the U.S. consulate in Kuala Lumpur, Malaysia, in 1975.

But it was her organization’s part in the 1972 massacre at Israel’s Lod (today, Ben-Gurion) Airport for which she is most celebrated by Palestinian activists. That attack, in which 26 people were killed and dozens more wounded, was perpetrated by the Popular Front for the Liberation of Palestine (PFLP) and executed by three members of the JRA.

Among the dead were 17 Christian pilgrims from Puerto Rico, one Canadian tourist and eight Israelis, including National Academy of Sciences director Aharon Katzir, brother of Ephraim, who became the country’s fourth president in 1973.

The trio of JRA operatives was perfect for the job. Landing in Israel on an Air France flight from Rome, the Far East Asian men posing as musicians didn’t look like terrorists—certainly not of the PFLP variety. Without arousing the suspicion of security agents, they entered the terminal with ease, removed assault rifles from their violin cases and opened fire in every direction. While they were at it, they threw live grenades into the hysterical throng.

After the massacre, Shigenobu went into hiding in Lebanon. It was there, after all, that she had established the JRA in 1971.