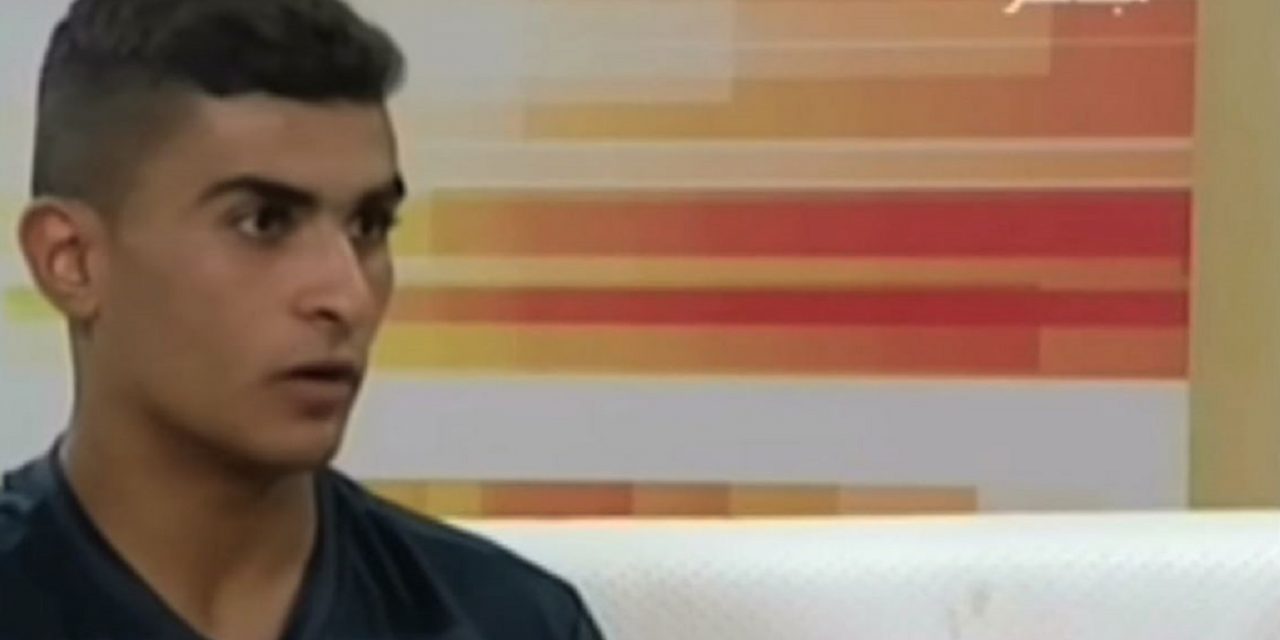 Acbag Sultan, an Arab boxer residing in Ramallah, pulled out of a match against Israeli Amit Mdah at the Youth World Boxing Championship held in Bangkok, Thailand. deciding to forfeit rather than fight for a place in the Semi-Finals.

In a new video released by Palestinian Media Watch, Sultan admits that he was forced to pull out of the match on 9 August by the Palestinian Olympic Committee.

“I didn’t make the decision,” Sultan told Palestine This Morning. “My trainers and the Olympic Committee made the decision, and as a competitor I cannot oppose them. The decision was reached that it is forbidden to compete with Israelis, because it is beneath our dignity to compete with them and recognize the State of Israel.”

The championship, in which more than 2,000 participants of all ages and from all over the world take part, is considered the most prestigious championship in the field of boxing. The Palestinian Arab boxer could be severely punished by the industry’s international committee for his refusal to compete against Mdah.

The incident took place in the quarter-finals, resulting in a technical victory for Mdah, who eventually won a bronze medal after defeating a rival from Madagascar.

This is not the first time that Muslim athletes have refused to compete against or acknowledge Israeli athletes.

In last year’s Rio Olympics, Egyptian judoka Islam el-Shahabi refused to shake the hand of Israel’s Or Sasson after Sasson defeated him in a match. The crowd responded by booing the Egyptian.

Some countries penalize athletes who choose to go ahead with competitions against Israelis. Just last week, Iran’s soccer federation condemned two Iranians who play for a Greek team for participating in a match against an Israeli team. The two Iranians could be banned from Iran’s national team as punishment.