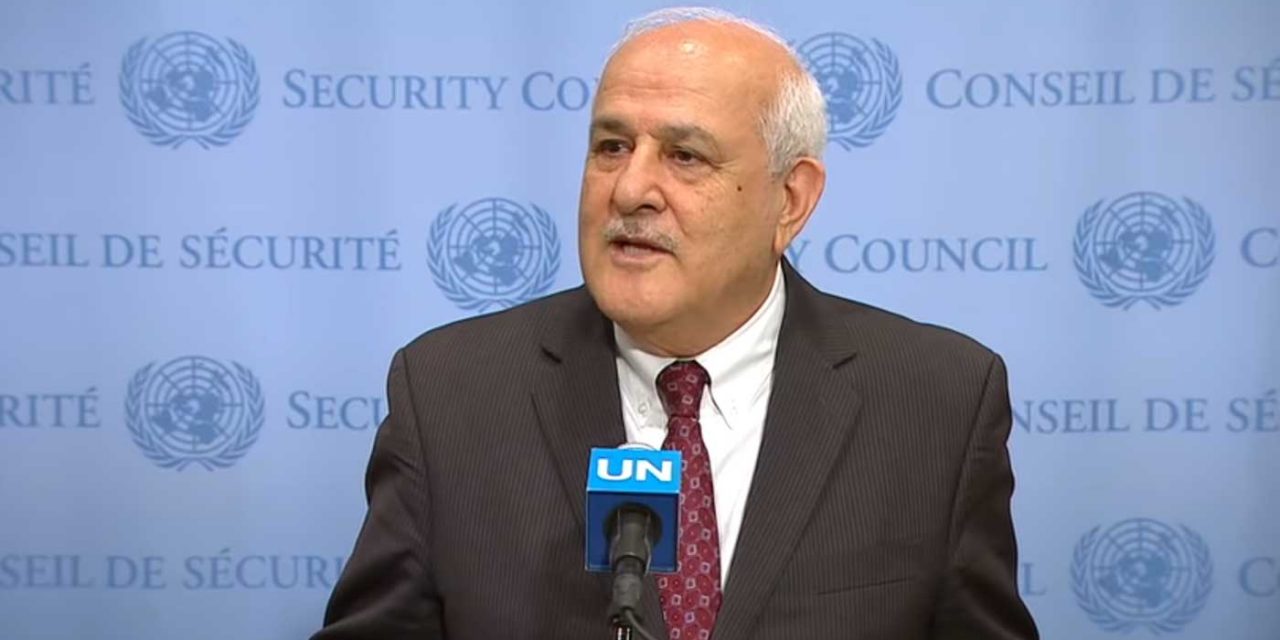 The largest voting bloc at the United Nations has chosen “the State of Palestine” to lead it for 2019.

The Group of 77 (G77), which represents 134 UN member states, including China, elected “Palestine” to lead the bloc in 2019, with Palestinian representative to the UN, Riyad Mansour, taking the reigns on 1 January.

In a telephone conversation with the New York Times, Mansour said, “We will be negotiating on behalf of 135 countries.” You will note that there are only 134 countries in the bloc, however, Mansour has included the non-existent country of “Palestine” in that number.

Except they are not a state.

Seeing as the Palestinian “non-state” holds such a low position at the United Nations it should be quite surprising they have garnered this high position. However, based on the anti-Israel attitudes at the UN, it is par for the course.

The New York Times writes, “Symbolically at least, the choice of Palestine as the Group of 77’s leader is a diplomatic rejoinder to Israel and the United States in the protracted Israeli-Palestinian conflict, and a political advance for the Palestinians.”

It is a clear slap in the face to both Israel and the US and as you would expect this latest move is being hailed as a “historical first” and a “tremendous political boost” to the Palestinians.

Israel’s Ambassador to the UN Danny Danon, on the other hand, expressed misgivings about the move.

“The goal of the Group of 77 originally was to facilitate the economic advancement of underdeveloped nations,” he told the Times of Israel. “It is unfortunate that it will now become a platform for spreading lies and incitement. This will not promote the G-77’s goals, and encourages the Palestinians to not engage in negotiations for peace.”

The US and Israel have long shared the view that moves like this were counterproductive to efforts to reach a lasting peace agreement. This is because the Palestinians seek recognition from the international community in order to bypass having to negotiate peace with Israel.

We have no doubt that Mansour will use his new position to attack Israel and wield the power of the voting bloc to demonise the world’s only Jewish state even more than he has in the past. We can’t help but think that come January the world’s most anti-Semitic global body will be just that little bit more hostile to Israel.