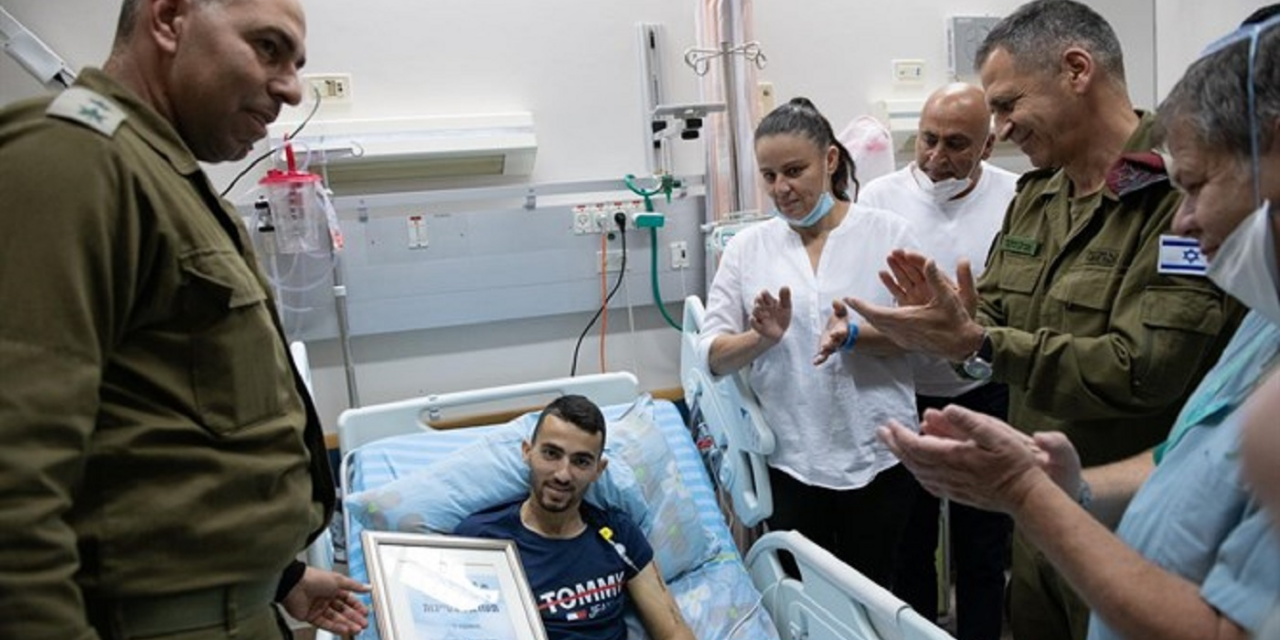 Shadi Ibrahim, the 21-year-old IDF soldier who lost his leg after a car ramming attack in the south Hebron hill in the West Bank in early May, was released from Soroka Medical Center’s Intensive Care Unit after recovering in the hospital.

Ibrahim, who grew up in Sajur, a Druze village in northern Israel, recorded a video message from his hospital bed in Beersheba, letting everyone know that he was “all right” and thanking everyone for their support and well wishes.

“I came out of intensive care, now everything’s fine with me. I’m all right,” Ibrahim said after spending two weeks in the hospital.

After being seriously injured in a car-ramming attack, Staff Sgt. Ibrahim couldn’t make it to his ceremony to be awarded a citation for excellence…

…so the ceremony came to him. As did the IDF Chief of Staff, LTG Aviv Kohavi, who personally awarded him the citation. pic.twitter.com/7oph2kCvIj

On May 14, Ibrahim was seriously injured after a Palestinian drove into him at high speed near the West Bank settlement of Negohot near Hebron.

According to the IDF, the driver accelerated towards troops standing next to a military observation post outside the settlement in the Har Hebron Regional Council.

The 21-year-old soldier, who was treated in the field by Magen David Adom paramedics, was then evacuated to Soroka Medical Center in Beersheba with injuries to his upper body, in moderate-serious condition. He was said to be stable and conscious at the time. Soroka’s spokesperson reported late Thursday that the soldier had undergone surgery and was suffering multisystem trauma, which eventually led to the amputation of his leg.

“I feel good. I know I lost my leg. I want to return to my soldiers. Nothing will break me,” Ibrahim said after waking up from surgery, according to Ynet.

IDF soldier Shadi Ibrahim, who was seriously injured in a Palestinian terror attack, woke up in the hospital with a message:Keep praying for him.

Posted by Hananya Naftali on Saturday, 23 May 2020