Netanyahu: “The Golan Heights will remain forever in Israeli hands”

Israeli Prime Minister Benjamin Netanyahu has vowed that Israel will never withdraw from the Golan Heights.

Mr Netanyahu made the announcement during a first of its kind cabinet meeting in the area on Sunday. 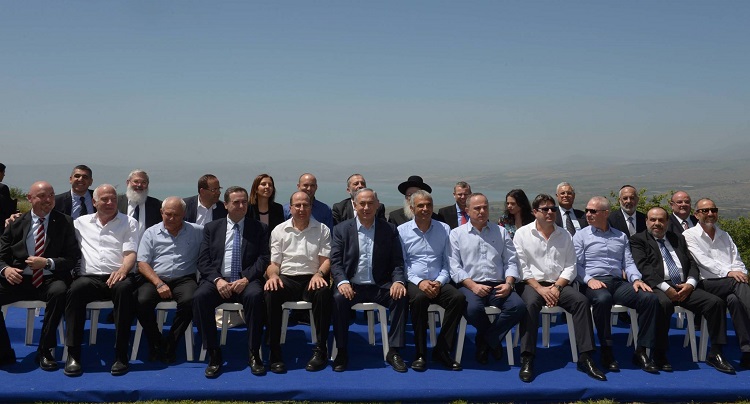 Knesset Members at the Golan Heights

In his speech Netanyahu said some 50,000 residents now populate the region, and thousands of additional families are planning to join them in the coming years.

And while he said Israel remains focused on using the area for tourism, agriculture and economic ventures, Netanyahu noted that just beyond the border, Islamic extremist groups are battling for control.

“The Golan is an integral part of the state of Israel,” Netanyahu said. “In this turbulent region, Israel is a source of stability. Israel is the solution, not the problem.” He went on to state that Israel is the West’s first defence against Islamic extremism and terror groups and that others in the region were beginning to recognise this.

Netanyhu made his statements as Russia, the United States and other nations are striving for a diplomatic solution to the ongoing Syrian crisis, which is now its sixth year of war.