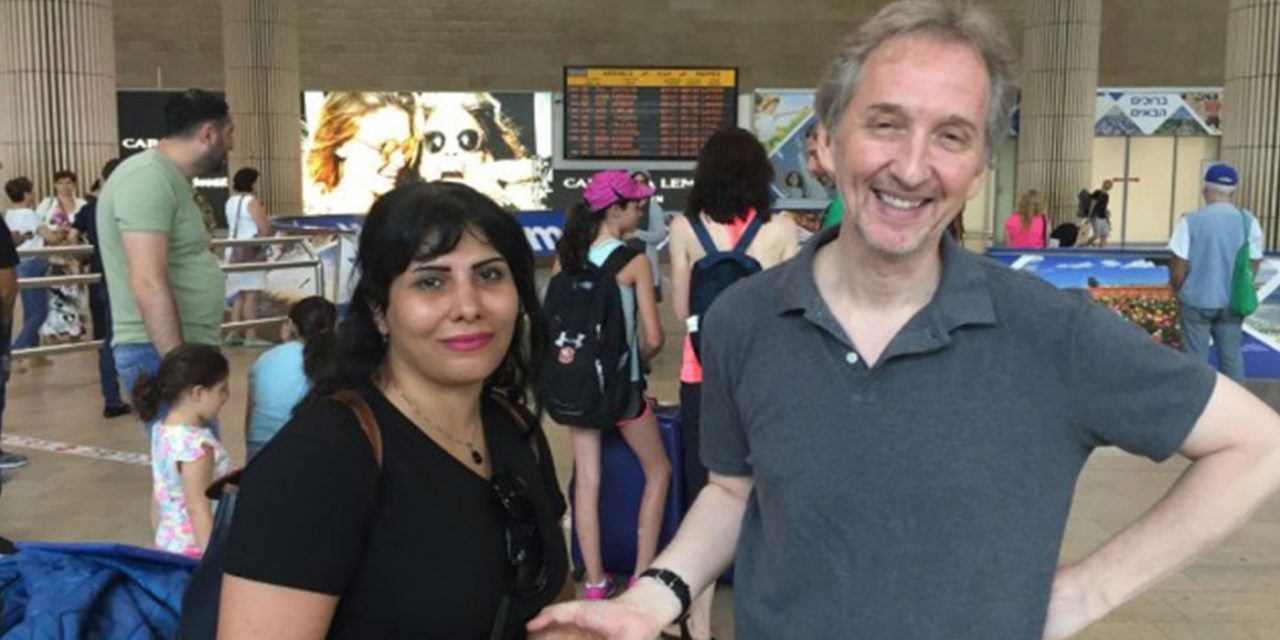 Neda Amin, the Iranian journalist threatened with deportation from Turkey and execution in Iran, has arrived safely in Israel after being granted assylum by the Jewish state.

This is wonderful news to many of us watching Neda’ story, especially after hearing she missed her initial flight to Israel on Monday.

Neda was met at Ben Gurion airport by Times of Israel editor David Horovitz, who was in contact with Israeli authorities to bring Neda safely to Israel.

“Thank you,” said Amin, over and over when she arrived, embracing Horovitz. “You saved me.”

Horovitz thanked all of the Israeli officials who had worked to ensure her well-being. “I’m proud to live in a country that responded so instinctively to help somebody who was in danger.”

“As soon as we brought Neda’s case to the attention of the Israeli authorities, everybody was helpful and professional,” he said.

Fortunately, Israel came to the rescue and offered Neda asylum, where she arrived safely today.

Praise the Lord that Neda Amin has arrived safely in Israel and thank you Israel for welcoming her with open arms. We pray she will have a blessed life in Israel.

Picture above taken by Times of Israel Staff