Labour councillor suspended after calling for “executing” Jews, saying “Hitler would have a solution for the Israel problem” 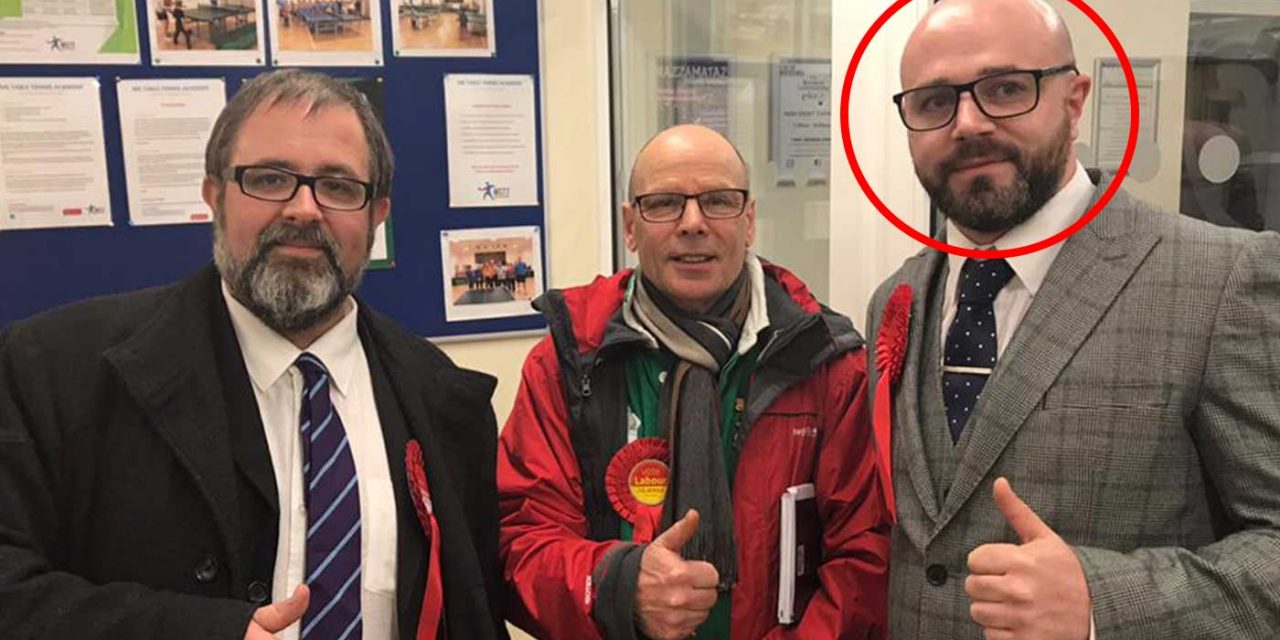 A Labour councillor in Bognor Regis has been suspended from the party after a series of anti-Semitic Facebook posts on his account came to light.

Be warned there is profanity in this article and the comments by this councillor are some of the worst anti-Semitism we have seen coming since the Labour scandal erupted.

Councillor Damien Enticott, who was elected in February this year, has some vile anti-Semitic comments on his page, spouting blood libel, calling for the murder of Jews and even giving support of the actions of Hitler.

In response to a post which accused Jews of a “ritual” in which they “drink blood and suck baby’s ****”, Enticott’s comments on the post seems to agree with the blood libel by saying, “This is done only by Talmud Jews. Talmud Jews are parasites!”.

His post then goes on to explain how “They also believe any child over 3years old that isn’t a Jew should be treated like a parasite, they believe it is okay to even rape that child because it’s is worthless.”

And concludes his thought by saying, “All Talmuds need executing!”

Ladies and Gentleman.
A Labour Councillor in 2018.
But yeah. All just a smear. pic.twitter.com/4ixVLHuVQn

In a post about Tony Blair and talk of anti-Semitism, he wrote, “Dirty ******** and that ****bag Tony Blair wants to establish law of antisemitism throughout Europe. The *** should be gasses as should they!” It is unclear if by “they” he means Jews, but seeing as he is talking about anti-Semitism, it seems likely.

In another comment about Israel Enticott’s comment is, “Hitler would have a solution for the Israel problem.”

In another post, replying to a picture about the Israel-Palestinian conflict, Enticott said, “To me this picture shows that Hittler (sic) had a point”. He then posted another reply saying, “They should bring back concentration camps for Zionists”. 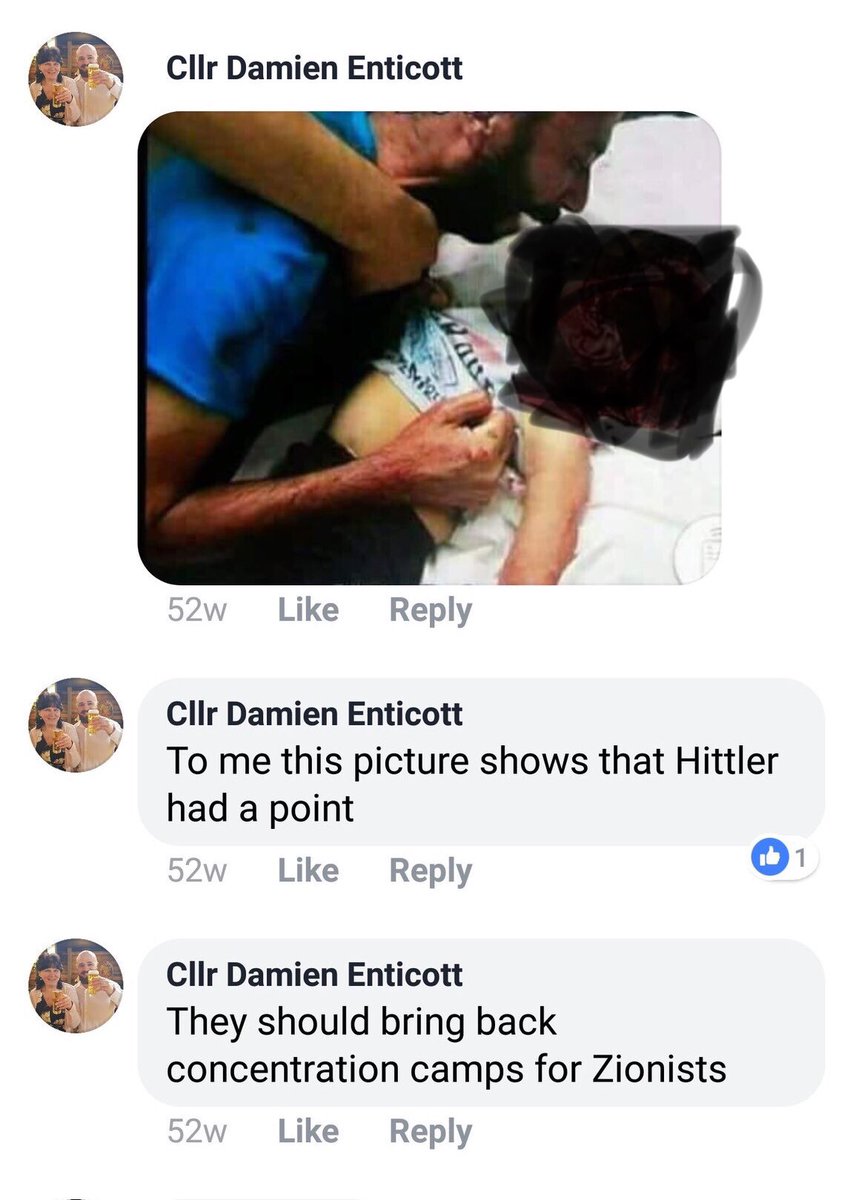 It is interesting here how a lot of the anti-Semitic arguments in recent weeks have been surrounding the notion that anti-Zionism is anti-Semitism, which Labour is denying by not adopting the full IHRA anti-Semitism definition.

However, these posts clearly show a correlation between the two. Enticott was railing against Israel, but said “Hitler had a point”. Clearly, Hitler was not alive when Israel was reborn as a nation. Hitler killed Jews. However, Enticott makes the connection between Israel and Jews.

The Jewish News reported that a Labour spokesperson confirmed he is suspended and said the party “takes all complaints of antisemitism extremely seriously and we are committed to challenging and campaigning against it in all its forms. Complaints about antisemitism are fully investigated in line with our rules and procedures and any appropriate disciplinary action is taken.”

Whilst these comments are shocking and should result in his immediate termination from the Labour party, it should be noted that his comments could easily be argued to be racist hate crimes, especially as he is espousing racist views whilst calling for the murder of a people group.

UPDATE: Mr Enticott is claiming his innocence in all of this by stating that the post (the singular post based on another article) was done by a housemate. However, since more posts have come to light since the original accusation showing numerous anti-Semitic comments being made between 2015 and 2017, it appears harder to believe that his account would have been accessible by the same person for three years without his knowledge. At this point, the comments on his account are “allegedly” made by himself. We hope that Labour will make a full investigation into this. If it is a housemate, then surely a criminal investigation should be brought against that individual.