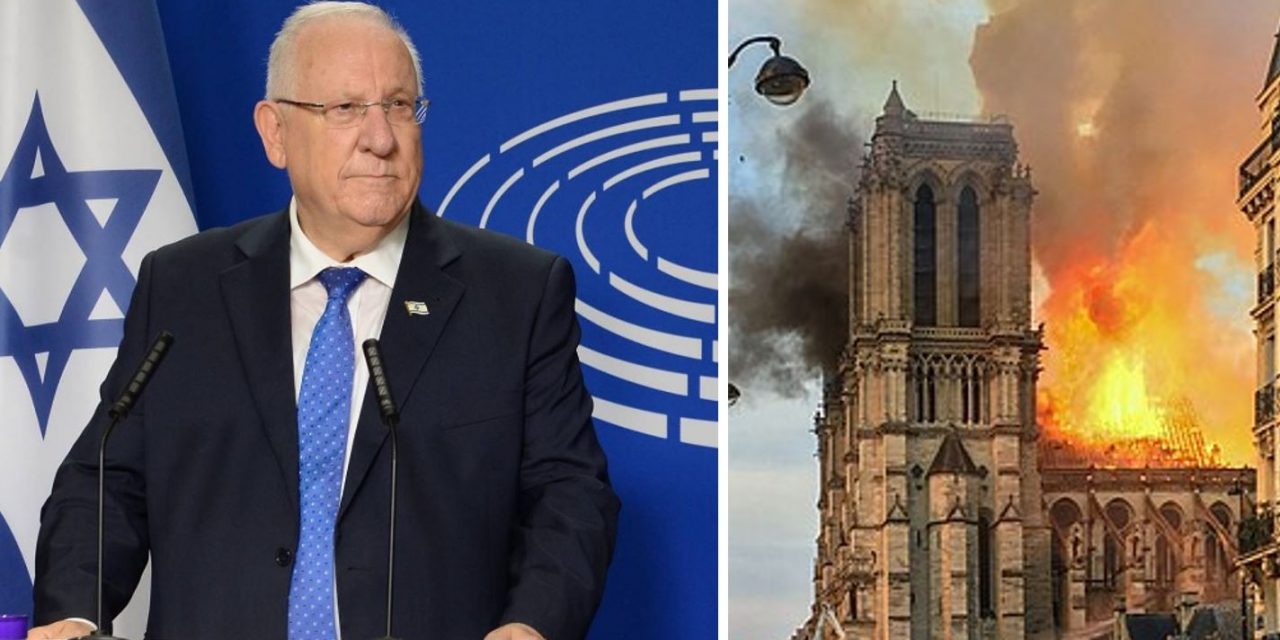 “The Notre Dame [cathedral] is among the most beautiful of Paris’s symbols and of France’s in general, but also one of the most important to any cultured person,” Rivlin said in a tweet.

“Last January, I looked out over the Parisian skyline, all the more beautified by the cathedral’s spire,” he added. “Our hearts are with the citizens of France and the tales of Notre Dame, true and fictional, in prayer that they will endure forever.”

“On behalf of the State of Israel, I would like to express my deepest solidarity with France and the French nation over the terrible fire at Notre Dame, a world symbol of civilization,” he said.