Israel’s Ambassador to the UN: ‘UNRWA is dangerous, has no right to exist’ 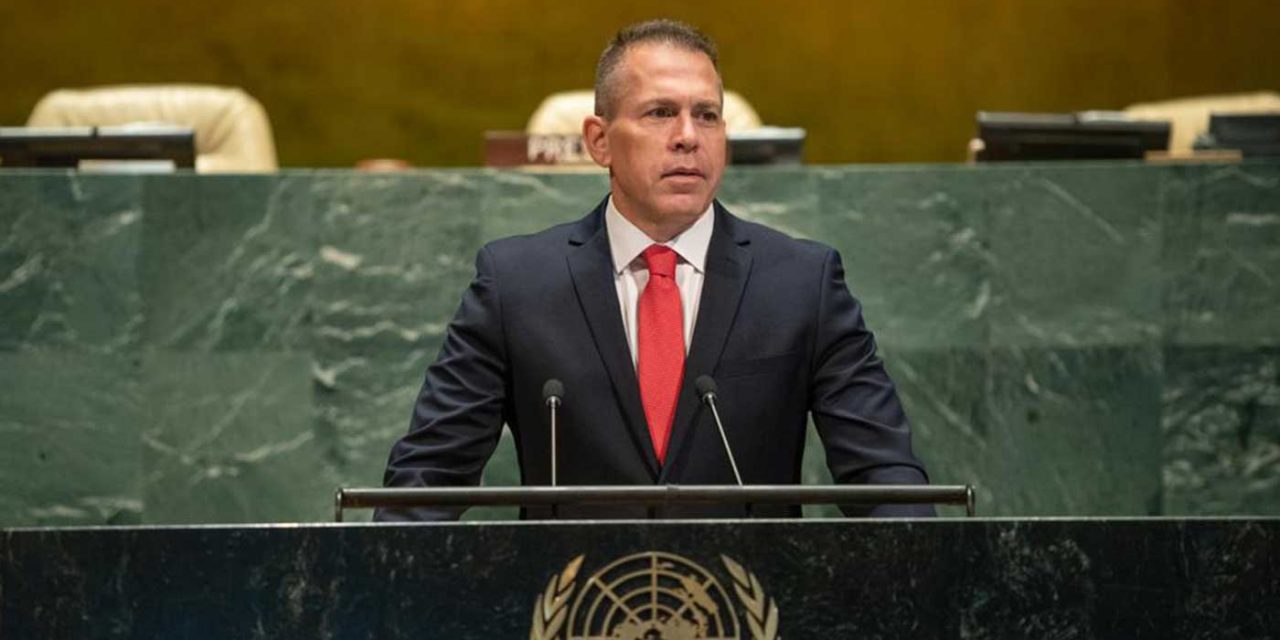 Israel’s Ambassador to the United States and the United Nations has written a strong letter condemning UNRWA’s lack of action to route out anti-Semitism and hatred within its ranks calling the UN organisation that deals with Palestinian refugees “a dangerous body that has no right to exist”.

Ambassador Gilad Erdan sent the Secretary-General of the UN and the Commissioner-General of UNRWA harsh letters of complaint following a report by UN Watch that found over 100 employees of UNRWA, including teachers, were openly celebrating the deaths of Israelis and spreading anti-Semitic messages and were still employed by the organisation despite their views being made in public.

Ambassador Erdan also wrote a letter to the United States Ambassador to the United Nations requesting that the U.S. examine the report’s findings and demand explanations from UNRWA for the serious evidence presented in the report.

Erdan said that “UNRWA once again proves that it is not a humanitarian organization but an organization that encourages terrorism under the auspices of UN hypocrisy. After studying the report in-depth, I wrote an urgent letter to the UN Secretary-General and UNRWA with a clear demand: to immediately terminate all employees involved in the report, and to conduct an in-depth examination of other employees of the organization and to dismiss any employee who acts in a similar manner.”

“I also demanded the immediate establishment of a commission of inquiry, and that all the countries that fund this despicable organization stop their funding and take action to investigate its actions. It is inconceivable that an UN-sponsored organization under the guise of humanitarian action would fund declared supporters of terrorism and antisemitism. The serious things that emerge from the report prove what is already clear: that UNRWA is a dangerous body that has no right to exist,” he added.

“I also contacted the United States Ambassador to the United Nations, Linda Thomas-Greenfield, to review the findings and demand urgent explanations from the UN and UNRWA to address these serious cases,” concluded Erdan.