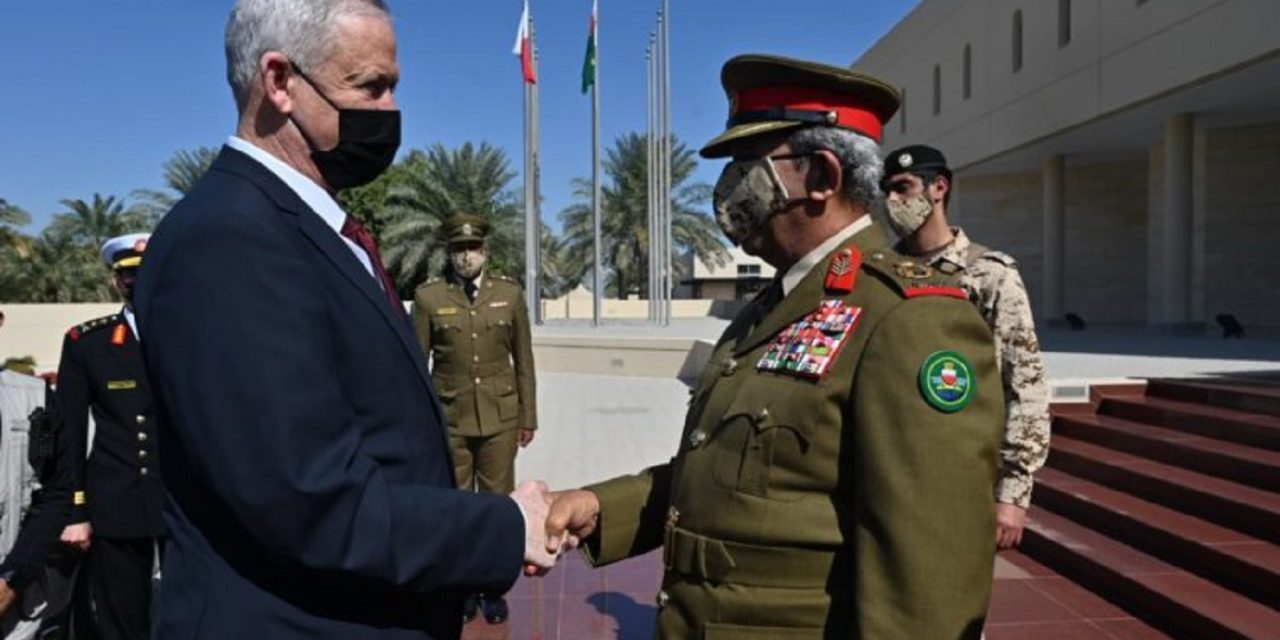 The agreement will set a solid security cooperation framework that formalizes defense relations between the two countries, allowing for increased cooperation in various fields such as intelligence sharing, military-to-military training, cooperation between defense industries and more.

At the ceremony, Gantz, who was joined by Political-Military Bureau Director Zohar Plati, called the MoU a “significant security agreement” that will allow for extensive cooperation and will strengthen the security of both countries.

#Israel’s Defense Minister @gantzbe visited the #UnitedStates #Navy's Fifth Fleet base in #Bahrain: “Deepening cooperation will enable us to maintain regional stability & to defend the common interests of 🇮🇱, the 🇺🇸 and 🇧🇭.”

We have reached new heights today in Israel-Bahrain relations with the important meetings that took place and with the signing of the historic MoU,” he said. “We are building on the groundbreaking Abraham Accords and deepening ties between our nations. Only one year following the signing of the accords, we have achieved an important defense agreement, which will contribute to the security of both countries and the stability of the region.”

A police commando who was seriously wounded during fierce exchanges of fire between Israeli troops and Palestinian gunmen in the northern West Bank on Friday morning has died of his...
Read More
Share
Tweet
Email
More
176 Shares