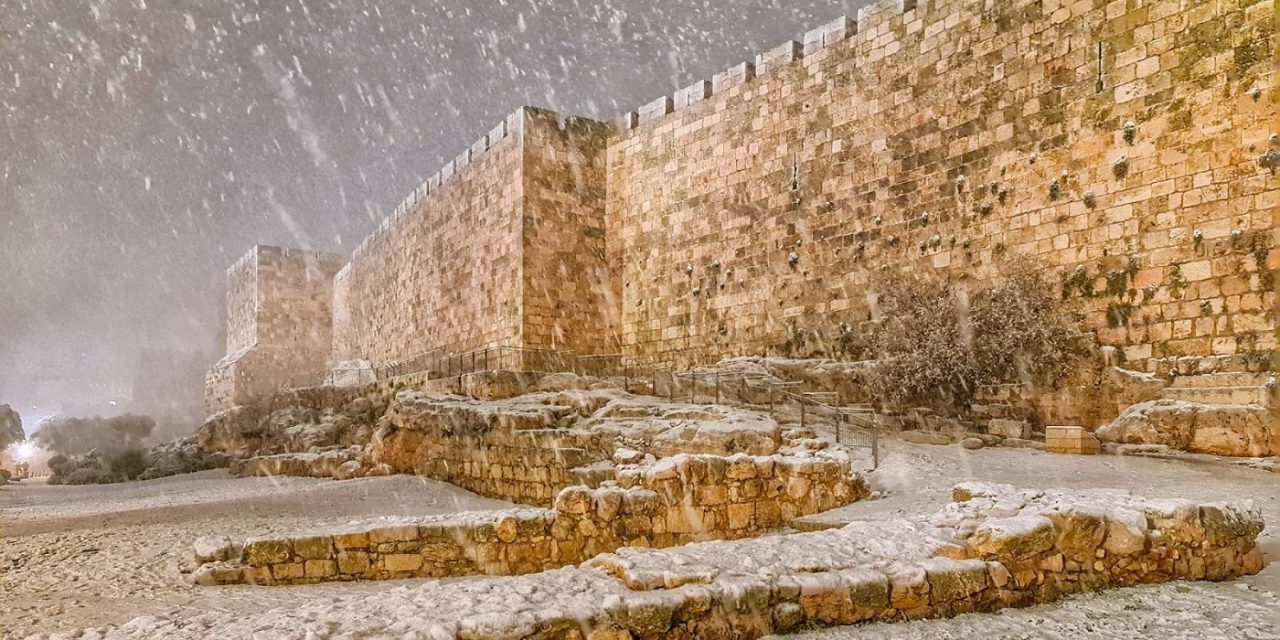 Israel’s capital Jerusalem was covered in white as the first snowfall in six years blanketed the city Wednesday night. After temperatures dropped below zero across Israel, heavy snow also fell on northern parts of the country and Golan Heights.

Below are some of the postcard scenes of the snow in Jerusalem.

A wedding at the Western Wall

Can you imagine this is #Jerusalem?

Rare footage from our Capital under a blanket of snow!❄🇮🇱 pic.twitter.com/7sycbbXXuE

Jerusalem woke up to the rare experience of seeing the Dome of the Rock and the Western Wall covered in snow https://t.co/Nmo4riRe3n pic.twitter.com/V2VtzgZeUu

When the Prime Minister of Israel throws a snowball at you…..

Netanyahu on TikTok: A minute of fun in the Jerusalem snow, and then I go back to working for you around the clock pic.twitter.com/2z4pDVcWfN

As #Israel's capital #Jerusalem gets a deluge of snow, so do Israel's past presidents who adorn the pathway at the President's residence.

Stay safe Jerusalemites and have fun in the snow! pic.twitter.com/PIZnzimJOB

Western Wall in the snow

And here is a look back at snowfall in the past

As snow falls on #Jerusalem for the first time in years,
here's some nostalgia for you – this footage from the Steven Spielberg Jewish Film Archive documents the snowy winter of 1957, when Israel's capital was covered in a layer of white!

Have fun out there and be careful! pic.twitter.com/deK7CC1k3n