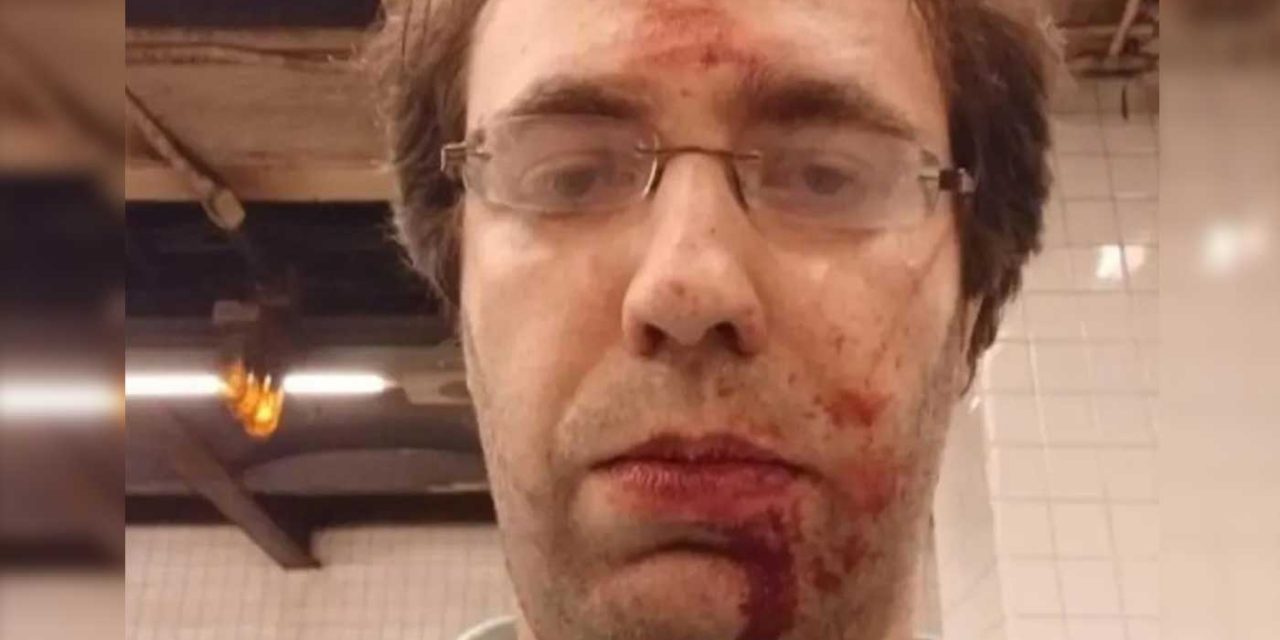 A Jewish man was punched while traveling on a New York City subway last Tuesday, in another incident in a spate of assaults on Jewish New Yorkers.

Fima Zlatsin said in an interview with Americans Against Antisemitism (AAA) founder Dov Hikind that he was on the subway when a group entered his car with speakers, and one of the men did a dance flip, landing on Zlatsin’s foot.

The suspect, described by Zlatsin as an African-American man in his 20s, reportedly expressed that he thought that Zlatsin was filming with his phone following the alleged attacker’s jumping on Zlatsin’s foot.

“Give me the phone, Jew,” Zlatsin said the attacker demanded.

Zlatsin said that he refused the demand, and was immediately punched in the face.

This man was violently attacked yesterday on the NYC subway because he's Jewish just hours after @AmericansAA released its damning report showing that NYC DAs are derelict in their duty to prosecute violent criminals.

There must be consequences for violence or it will get worse! pic.twitter.com/frMdepofjh

“I personally feel as a Jew that I don’t feel safe taking the subway.”

As the attacker exited the car, he reportedly said that “If I had a gun I would shoot you.”

Zlatsin was taken to the hospital, and was given stitches. He told Hikind that he was on painkillers but still felt pain in his jaw and face.