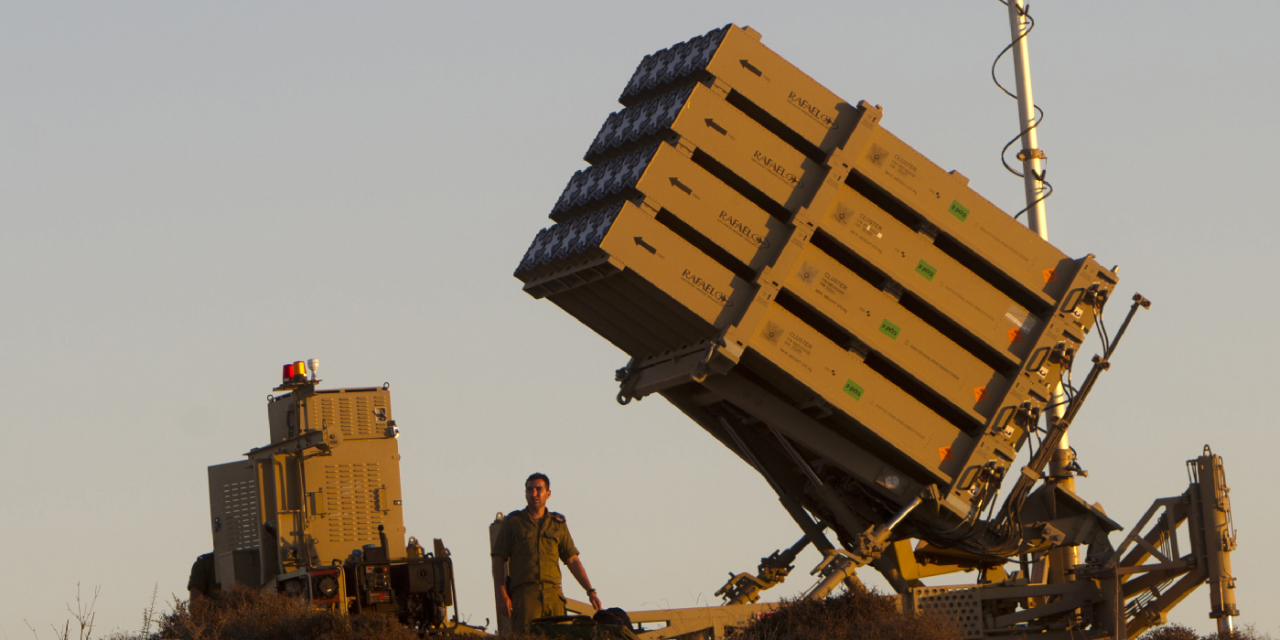 IDF tanks shelled and destroyed two Hamas observations posts on the Gaza border on Sunday night in response to heavy machine gun fire discharged by Hamas during military manoeuvres in the Strip, which set off rocket alarms in the south of the country.

Here is the chain of events over the weekend, which signals a heightened rise in tensions at the Gaza border:

Last Saturday, four Gazans trespassed the Israel-Gaza frontier in an attempt to damage an engineering vehicle involved in the construction of the anti-terror tunnel underground barrier.

Video footage shows the group cutting the security fence. Four masked Palestinian men were running towards the engineering equipment, which was unattended over the weekend, carrying fuel cans. Smoke was seen rising from the site, and shortly afterwards, the four fled back to Gaza since IDF approached the site. This prevented significant damage to the engineering equipment.

Earlier today 4 #Palestinians crossed into #Israel from southern #GazaStrip & tried to set fire to some of machinery used to build #Israel’s underground barrier. All 4 fled back to #Hamas-run enclave after they were engaged by the #IDF pic.twitter.com/GDu9t3l60V

Late in the evening, Israel Air Force responded to this provocation by targeting a military compound in Rafah, southern Gaza. Yet no casualties were reported.

“The IDF will continue to thwart all attempts to harm the State of Israel and will respond severely against those who wish to harm Israeli civilians,” an IDF spokesman stated after the bombing in Gaza, stressing that “Hamas is held responsible for all aggression coming from the Gaza Strip.”

Then, on Sunday, red code alarms went off in South Israel in what was first thought to be a missile attack, activating the Iron Dome defence batteries and launching several interceptors.

Additional footage of rocket barrage on southern #Israel from an army base pic.twitter.com/KunvExDO7Y

The first sirens sounded around 10:30 p.m. in the Hof Ashkelon and Sha’ar Hanegev Regional Council areas.

However, it was later reported that fortunately there had been no missile attack on southern Israel

IDF Spokesman Brig. Gen. Ronen Menlis said, “All the Code Red sirens sounded following automatic gunfire emanating from Gaza. No missiles landed in Israeli territory. The IDF will study the event in order to figure out why the sirens went off.”

The Hamas terror group, which rules the Strip, had detonated bombs and fired machine guns in the streets in a 24-hour manoeuvre in Gaza that began Sunday morning.

Authorities in Ashkelon city in southern Israel suggested that residents continue with their daily routines, having no further instructions.

There were six shock victims that were treated by the United Hatzalah’s Psychotrauma and Crisis Response Unit. However, the Unit was expecting to receive more patients throughout the night. The unit stated that “The patients are one local woman and five tourists who are part of a group that happened to be in Sderot when the sirens went off.”

The IDF stated that it viewed the Hamas terror organization, which rules the Gaza Strip, as responsible for all incidents emanating from the Strip, and that it “takes seriously all types of fire aimed at Israeli territory.”

These incidents occurred as tensions on the border are high, just days before Hamas plans to lead a mass march on Israel’s border and after several recent attempts by Gaza terrorists to deploy and detonate explosive devices against IDF forces in the area.