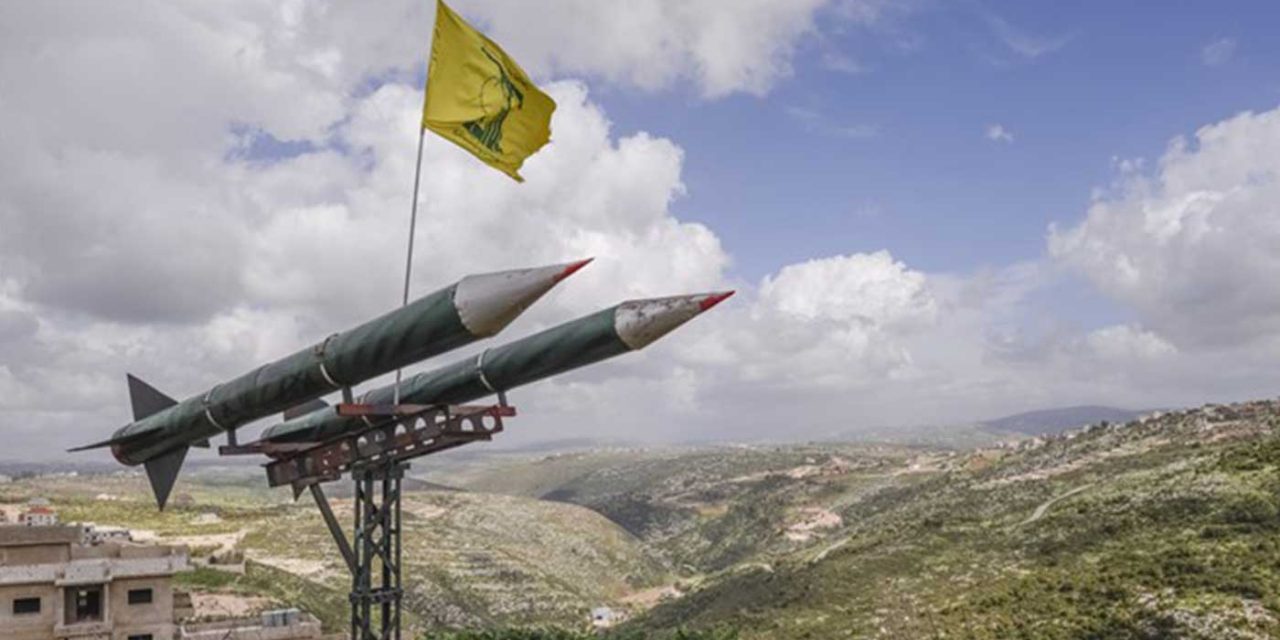 The Hezbollah terrorist group has made some wild claims in recent days in an attempt to rally their supporters and intimidate Israel, but in reality, the claims of Hezbollah are quite preposterous. But while the terror group has no way of destroying Israel, they are still a threat to Israelis and must be taken seriously by the IDF.

The recent threats from Hezbollah come from the fact that Israel is preparing to start extracting natural gas from the gas fields in the Mediterranian Sea which are located inside Israel’s internationally recognised Exclusive Economic Zone. However, since Israel discovered the fields, Lebanon has claimed ownership of the gas in the reserve known as ‘Karish’, which is the closest to Lebanon’s border. In 2021, the Lebanese government went as far as signing a decree expanding the maritime borders of its own EEC to try and claim the gas for themselves.

While the governments of Lebanon and Israel are in discussions to resolve this issue diplomatically, Hezbollah is doing what it does best and that’s terrorism.

Hezbollah leader Hassan Nasrallah spoke to Lebanon’s Al-Mayadeen TV this week where he warned Israel that if they start to extract gas from the Mediterranian then “we will have a problem”.

“All of Israel’s gas fields are under threat from our missiles – not just Karish. The ships that extract the gas are Israeli, even if under a Greek banner,” Hezbollah leader Hassan Nasrallah told Lebanon’s Al-Mayadeen TV.

“There is no target in the sea or in the air that is not within the range of Hezbollah’s precise missiles,” he said. “No one wants war, and the decision is in Israel’s hands, not in our hands.”

Hezbollah has a stated aim that they want to destroy Israel and liberate ‘Palestine’, similar to the ambitions of the Iranian regime and other terror groups such as Hamas. Regardless of whether there is a territorial dispute, Hezbollah will do anything in its power to harm Israel. As Nasrallah himself said, it is not just Karish they are targeting, but they will target the other fields that are not disputed in order to damage Israel.

They have already shown intent with these threats. At the beginning of July, the Israel Defense Forces shot down three Hezbollah drones that were flown toward oil rigs at the Karish field. In a statement published on Twitter, the IDF said a fighter jet and an Israeli Navy missile ship intercepted the drones over the Mediterranean Sea.

Hezbollah made the claim that they had fulfilled their reconnaissance mission and repeatedly emphasised that the drones were “unarmed”. However, it is highly likely they were trying to hide the fact Israel had thwarted their operation.

Another threat towards Israel came from the head of Hezbollah’s executive council, Sayyed Safieddine, who went further than his leader by making the bold and unfounded claim that Hezbollah was “close to defeating the Israelis by land and by sea if we want to, and we will decide when to do it.”

Toning down his comments, he then echoed the Hezbollah leader when he said that Hezbollah did not want war with Israel, but if it came to it Hezbollah would be ready.

“The more you put pressure on our country, the more our determination, strength and solidity will increase… We are ready on all fronts,” Safieddine said.

While these claims are outlandish the threat from Hezbollah is still serious. The terror group, which is now outlawed in the United Kingdom and in various countries around the world, still has large sway in Lebanese politics and the country as a whole. The group claims to have over 100,000 missiles that it can launch at Israel and this is a serious threat to Israel’s security.

In addition to all of this, it is also important that we keep a focus on the puppetmaster of Hezbollah and that is Iran. The Iranian regime is close to developing a nuclear weapon and Israel has made it clear that they are willing to use military force to stop them. It is no wonder then that Hezbollah is becoming more vocal with its threats against Israel. One of the first lines of defence for Iran is its terror proxies in Lebanon, Syria and Gaza. We will likely see Israel being attacked on various fronts in an effort by the Iranian regime to weaken Israel.

As watchmen on the walls for Israel, we must not hold our peace but continually pray for Israel and the Jewish people. Some of the threats may be preposterous, but they must be taken seriously.