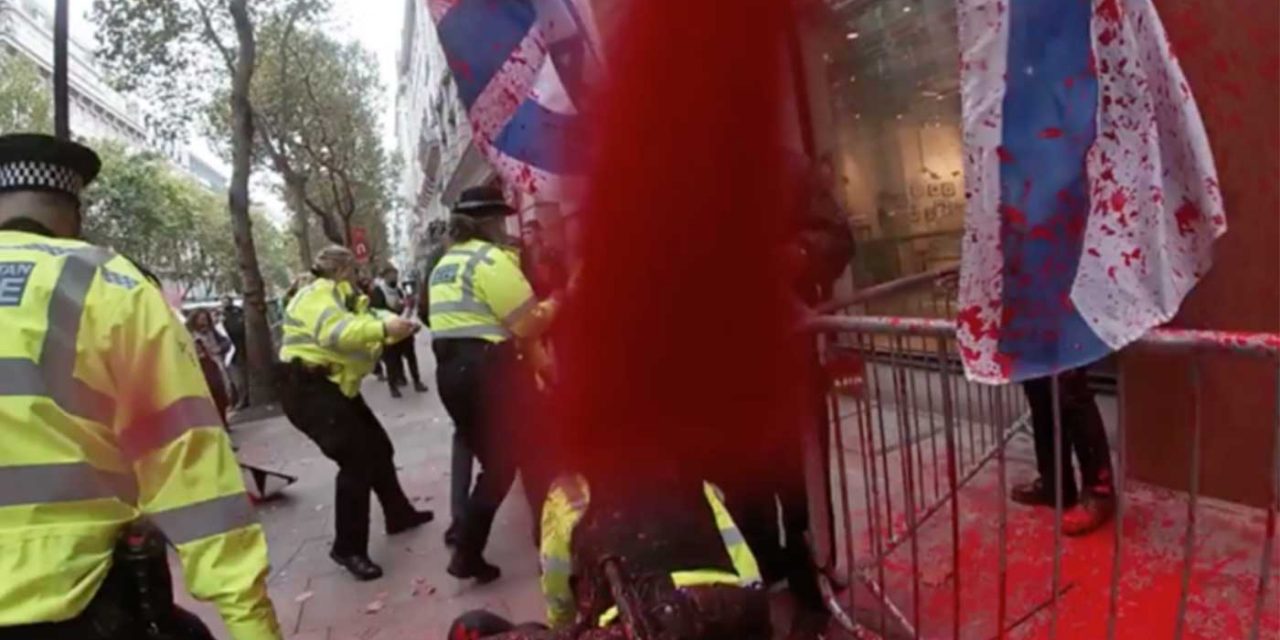 Five members of Palestine Action, dedicated to closing down Elbit Systems’ presence in Britain, have been charged with counts of criminal damage and conspiracy to commit criminal damage after an attack on the Israeli company’s headquarters building in central London last October.

The five people charged, who have not so far been identified, were among those who took part in a protest, involving the throwing of red paint over the frontage of the company’s Kingsway premises on October 10, 2020.

The self-described activists are due to appear at Highbury Magistrates on March 9. On the Palestine Action website, they have issued defiant calls for a challenging response to Elbit.