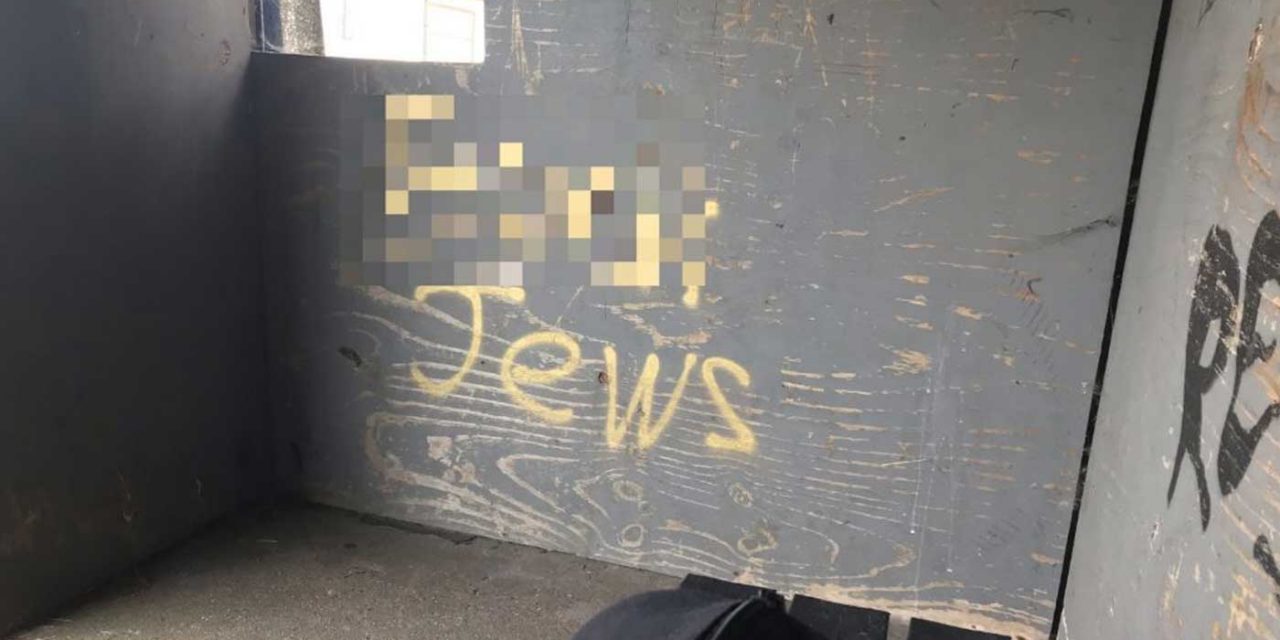 Jonathan Swain spoke out after finding the obscene message daubed on the wall of the shelter, calling it “appalling”.

Mr Swain said, “It does upset me when I see people attack people of other races or religions… I won’t tolerate it. I would like people to get educated on this sort of thing.”

“I just feel it’s someone who’s dumb enough to put it on a bus shelter,” he said.

Councillor Norman Webster from Mid Sussex District Council condemned the vandalism, saying, “I struggle to comprehend what goes through the mind of someone who would write such a foul and hateful message.

“There must be zero-tolerance of Anti-Semitism in our community and if anyone knows anything about this unsavoury incident then I urge them to report the matter to Sussex Police or one of our Anti-Social behaviour officers.”

Residents can report cases of graffiti or any other instances of anti-social behaviour to Sussex Police and Mid Sussex District Council by calling 01444 477489 or emailing [email protected], a district council spokesman added.

The graffiti has since been painted over by local contractors.