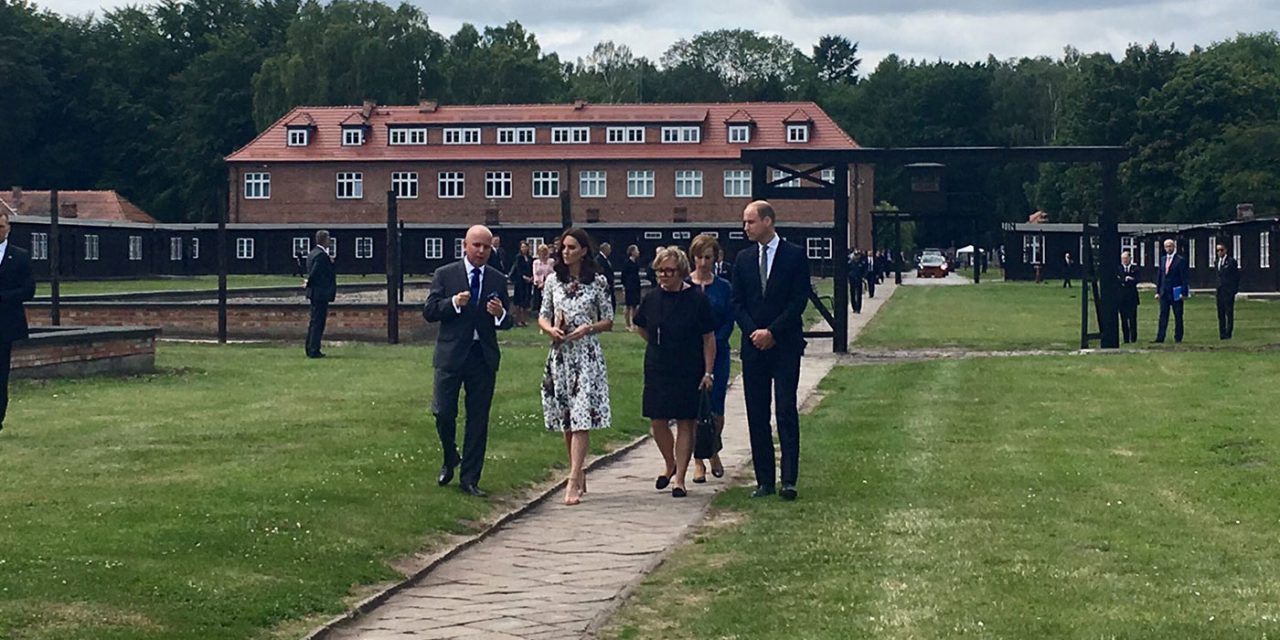 The Duke and Duchess of Cambridge have paid their respects to victims of the Holocaust during an emotional tour of the Stutthof concentration camp accompanied by two British survivors.

Their Royal Highnesses observed the Jewish tradition of placing stones rather than flowers in memory of those who perished at a memorial at the camp in Poland, before standing heads bowed alongside Manfred Goldberg and Zigi Shipper who recited the El Maleh Rachamim memorial prayer.

Goldberg, 87, who settled in London after the War, said: “Returning to Stutthof is a seismic event. I have never been back to any of the places where I was imprisoned since I came to the UK in 1946. When I was first asked about visiting the camp, I hesitated. The mere thought of returning made me relive those years in my mind. But I decided I had to come and finally face the past.”