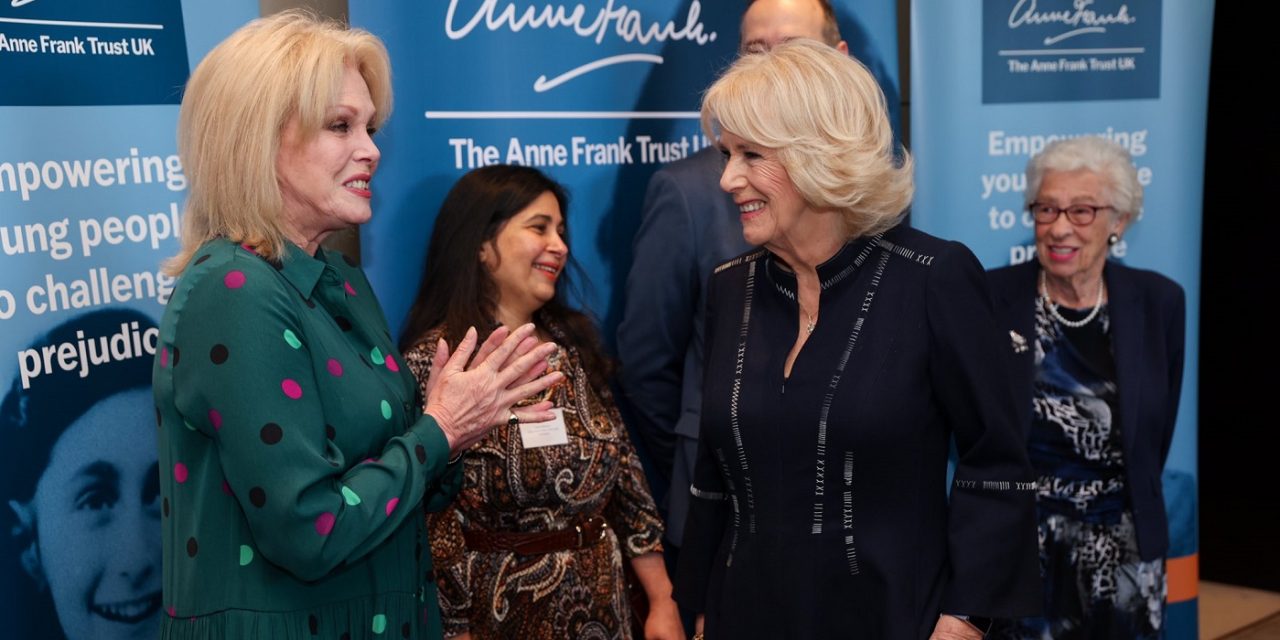 The Duchess of Cornwall praised Anne Frank’s “harrowing memoir” as she met the wartime diarist’s step-sister, Eva Schloss, at a lunch held by the Anne Frank Trust for Holocaust Memorial Day.

Lighting a candle in memory of Shoah victims, the Duchess urged guests at the central London event not to be “bystanders to injustice or prejudice.

“Surely our personal values are measured by the things we are prepared to ignore.

“Let us therefore learn from those who bore witness to the Holocaust, and all subsequent genocides, and commit ourselves to keeping their stories alive, so that each generation will be ready to tackle hatred in any of its terrible forms.”

The lunch marked 75 years since the original publication of the Dutch teenager’s diary, two years after her death in a concentration camp.

She said that tackling discrimination and prejudice required more effort than ever.

“It nearly looks impossible but we must never, never give up.”