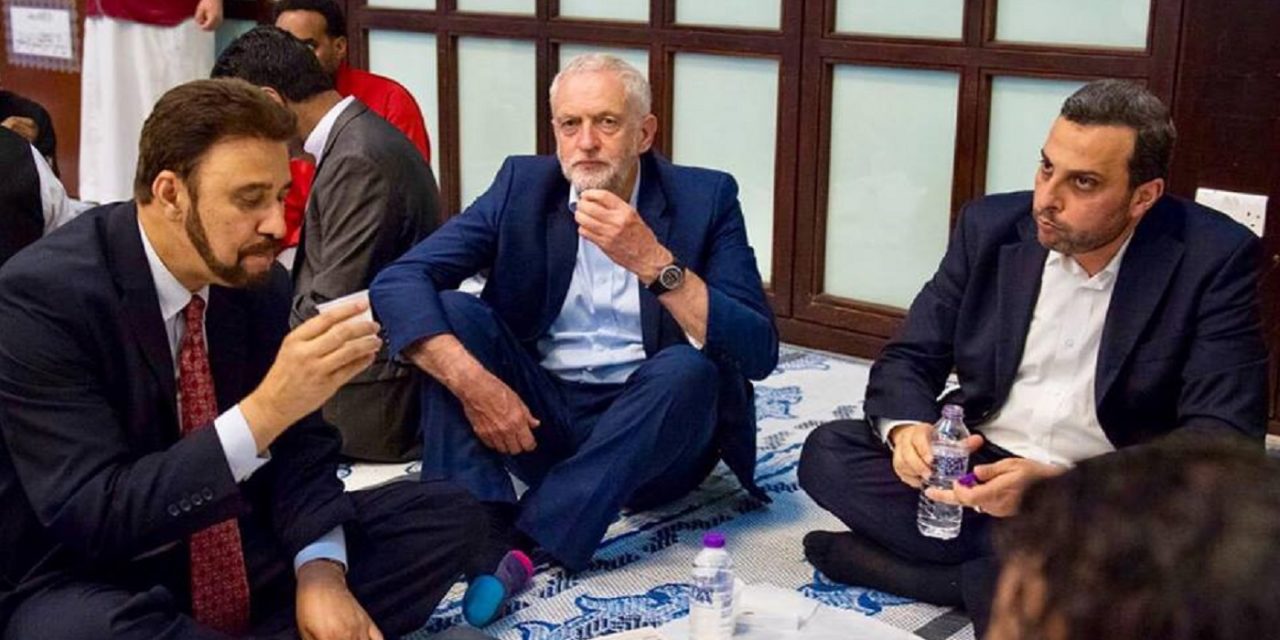 Jeremy Corbyn spent Monday evening in the company of Fadi El-Itani, who has previously compared Israel and Zionism to Nazism and Israel’s treatment of Palestinians to a second Holocaust.

In a Facebook post this week, el-Itani wrote, “It was a real pleasure to break my fast last night at Almanar Mosque, with special guests, Jeremy Corbyn MP, leader of the Labour Party and Afzal Khan MP, hosted by the Labour Muslim Network.

El-Itani was a guest speaker at the Almanar Mosque, which played a role in supporting survivors of the Grenfell fire.

It isn’t clear, however, whether Mr Corbyn was aware of the following tweets from 2014 from Fadi El-Itani that were were reposted this week by The Golam on Twitter: 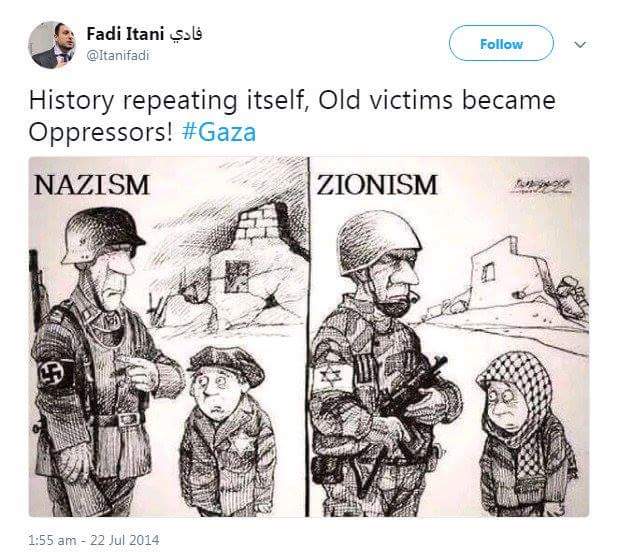 Fadi El-Itani, who has previously compared Israel to Nazi Germany, Zionism to Nazism and Israel's treatment of Palestinians to a second Holocaust, spent his Monday night breaking his fast next to @jeremycorbyn. pic.twitter.com/s0REXo45bT