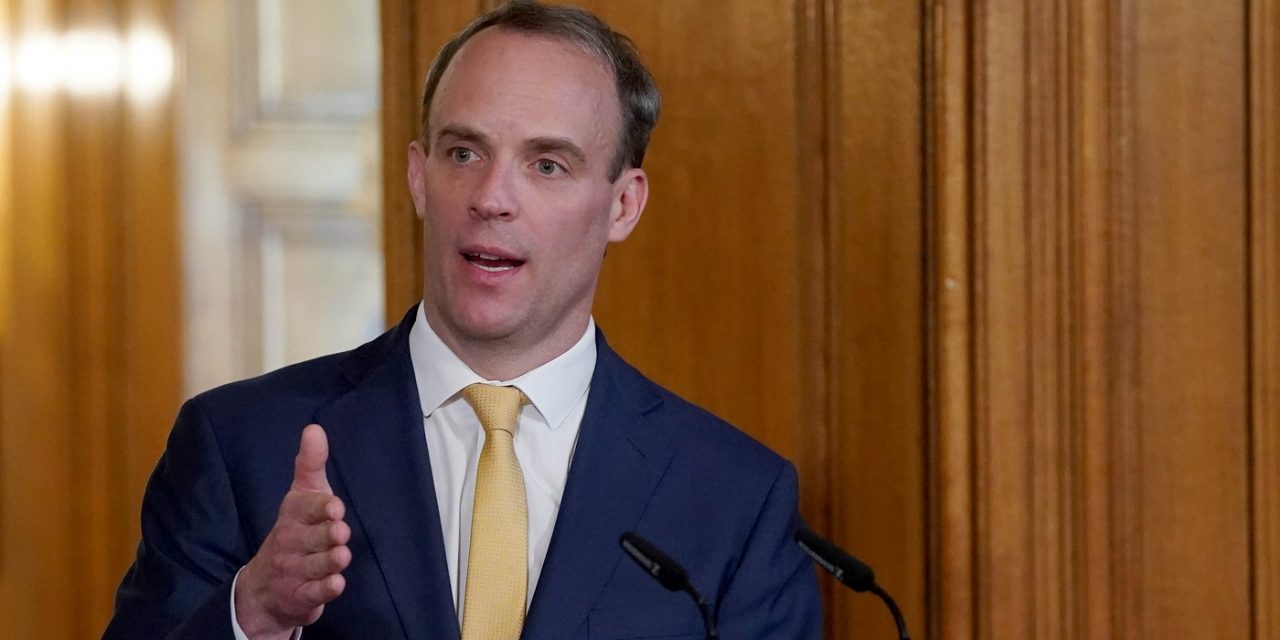 Britain has formally written to the head of the UN Security Council calling for action against Iran after the deadly attack on an Israeli-operated tanker in the Gulf of Oman last week.

UK Foreign Secretary Dominic Raab confirmed that Britain along with Romania and Liberia have made the appeal after a Briton and Romanian were killed in the Liberian-flagged ship.

“The Council must respond to Iran’s destabilizing actions and lack of respect for international law.”

The Council must respond to Iran’s destabilising actions & lack of respect for international law.

The joint-statement made by Britain, Liberia and Romania said:

“The United Kingdom and Romania, along with regional and international partners, are conducting a thorough investigation of this attack. We will update the council in due course.”

Israeli officials wrote a separate letter to the security council to condemn Iran’s actions and vowed to “continue to take all necessary measures to protect its citizens.”

“Iran’s unceasing hostile activities endanger our region and beyond, and we expect the Security Council to take concrete and decisive action to curb this growing threat,” wrote Israel’s Ambassador to the United States and United Nations Gilad Erdan.

Hebrew media reported Tuesday that Defense Minister Benny Gantz and Foreign Minister Yair Lapid were set to hold a briefing for UN Security Council representatives during which they will present them with intelligence information showing Iran’s responsibility for the attack.

A British security guard and a Romanian crew member were killed in the drone attack on the Liberian-flagged ship last week. Analysts said it bore all the hallmarks of the “shadow war” between Iran and Israel, which has included attacks on shipping in waters around the Gulf.

According to the UK Deputy Ambassador to Israel, Mark Power, the UK had seen what he described as clear proof that Iran was responsible for the attack.

“We came to the conclusion, [that it is] highly likely Iran conducted this attack,” Power  said. “It is a clear targeted attack and a clear violation of international law.”

Power added that the UK would be sending a team to the region to investigate the deadly drone attack.